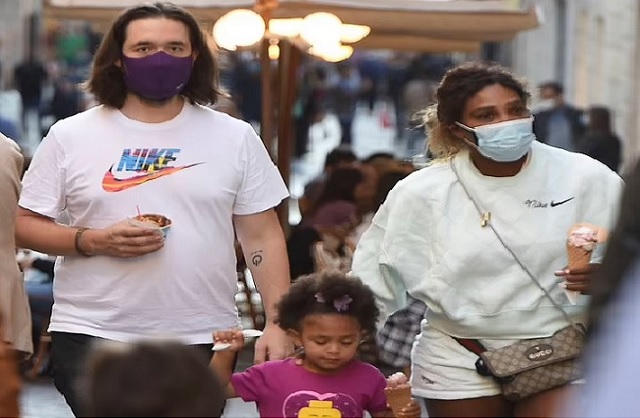 She may be in Rome for work, But Serena Williams managed to carve out a bit of family time as well while in the Eternal City over Mother’s Day weekend.

The tennis legend was seen stepping out for ice cream with her husband Alexis Ohanian and their three-year-old daughter Olympia.

Serena and her little girl stuck to ice cream cones while Alexis, who co-founded Reddit, opted for a cup of what may have been gelato. 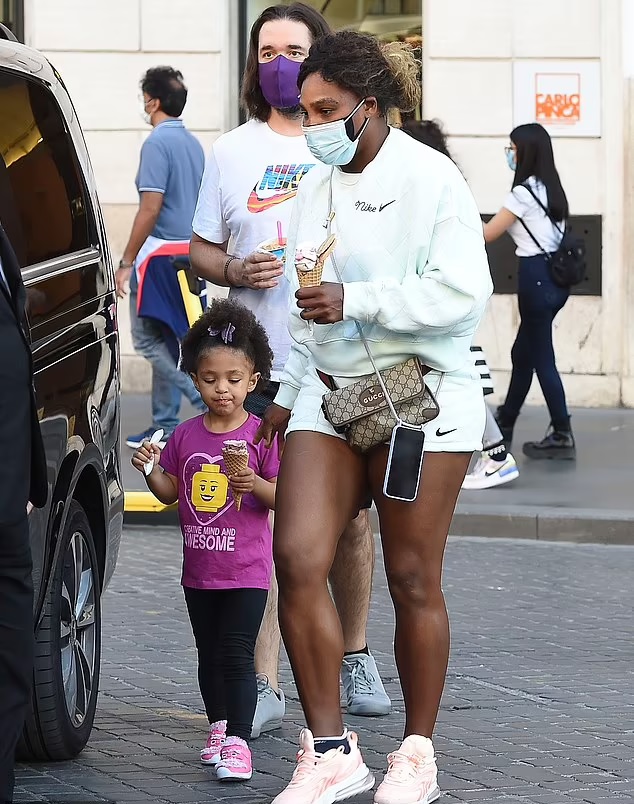 Alexis cut an ultra-casual figure in a Nike t-shirt and a pair of shorts while Selena added a designer touch to her look with a Gucci bag.

At the moment Serena is in Rome in order to play tennis in the Italian Open which began this Saturday and concludes next Sunday. 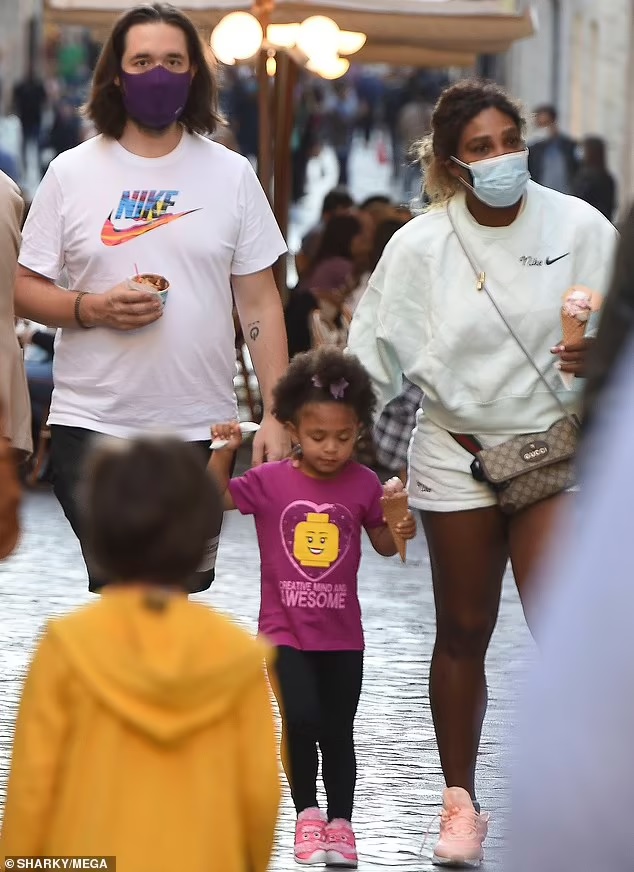 She posted an Instagram snap of herself on Saturday practicing at the Mouratoglou Tennis Academy in the French Riviera presumably just before going to Italy.

In October of last year Serena revealed on Insta Stories that little Olympia has been signed up for tennis lessons herself.

However she was to be instructed by neither her mother nor by her aunt Venus who is also a tennis star, according to Serena’s posts at the time. 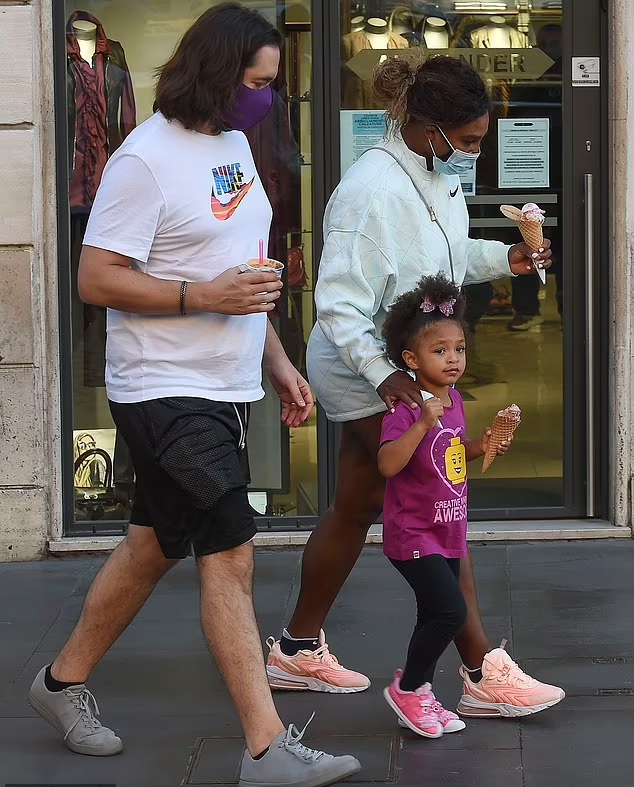 In fact Serena shared that the teacher they have chosen at that point had ‘no idea’ that her new pupil is the daughter of a world-famous athlete.

She also said she would leave the lessons immediately after dropping Olympia off so as not to be an ‘overprotective’ or ‘distracting’ influence.

However by January she posted a sweet Instagram snap of herself looking on lovingly as Olympia practiced her tennis moves.