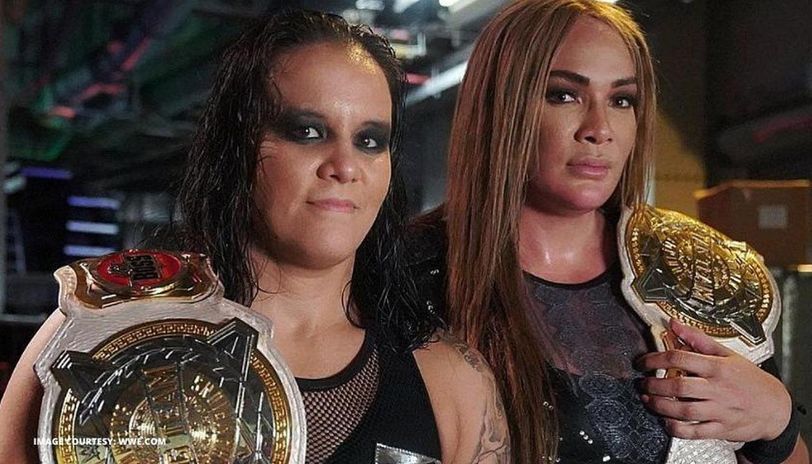 At WWE Payback 2020, Shayna Baszler and Nia Jax proved many critics wrong as they defeated Bayley and Sasha Banks to become the new WWE Women’s Tag Team Champions. The two superstars were able to keep their differences aside as they worked together to take down The Golden Role Models who are certainly having a very bad month. According to various reports, after losing her WWE RAW Women’s Championship and Women’s Tag-Team Championship within a week, Sasha Banks could go after her own friend Bayley and the only title they have left – the WWE SmackDown Women’s championship. Fans speculate that the highly-anticipated breakup storyline between the two superstars could start soon and the duo could also headline a major PPV in the future

Apart from that, fans really liked Shayna Baszler’s performance as The Queen of Spades trapped both Bayley and Sasha Banks in her submission move to score a win. “Innovation at its finest! Congrats champ, you genius,” wrote WWE’s Marina Shafir. “Baszler really is something else,” added a fan. “Shayna Baszler is a beast. Hope Nia Jax could keep up,” commented another fan.

Nia Jax tried to hit Sasha Banks with a powerbomb, but The Boss broke free and drove Jax face-first into the mat. Bayley soon recovered and executed a top-rope elbow drop before Sasha Banks hit Jax with a frog splash for two. The two then backdropped Jax, but Baszler entered and trapped Sasha Banks in a Muta Lock and Bayley in the Karafuji Clutch at the same time. Using Banks’ arm to her own advantage, The Queen of Spades forced a tapout from Bayley for the win and titles.