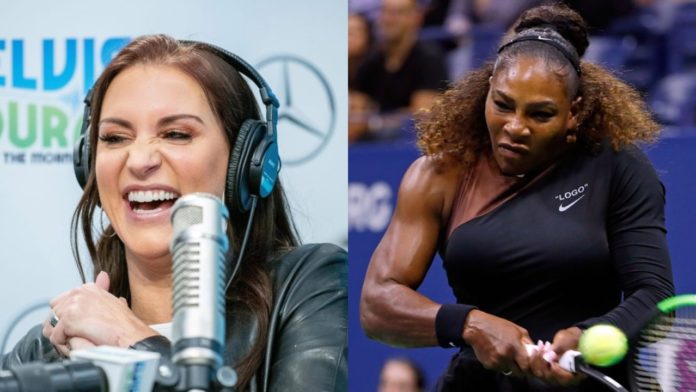 Serena Williams in WWE? Stephanie McMahon, daughter of Vince, number one of the World Wrestling Enternaiment, was instrumental in the success of women’s wrestling for the Stamford company,

which now has athletes such as Sasha Banks, Alexa Bliss, Charlotte Flair, Bianca Belair and Rhea Ripley in the Smackdown and Monday Night Raw roasters.

Thanks to her work, women have had more and more space in the shows, becoming a fundamental part of the most important Pay Per View, such as the latest Wrestlemania 37.

Triple H’s wife during an interview with The Rich Eisen Show, revealed that she would see Serena Williams well in WWE.

She also posted a tweet in reference. I think she is so colorful, lively and full of life that she could raise the bar in WWE. I think she would be awesome.” Is it just a simple utopia for now?

‘They’re a huge inspiration for me,’ says Coco Gauff on Venus and Serena Williams

Iconic Moment When Mirka Federer And Jelena Djokovic Met Up