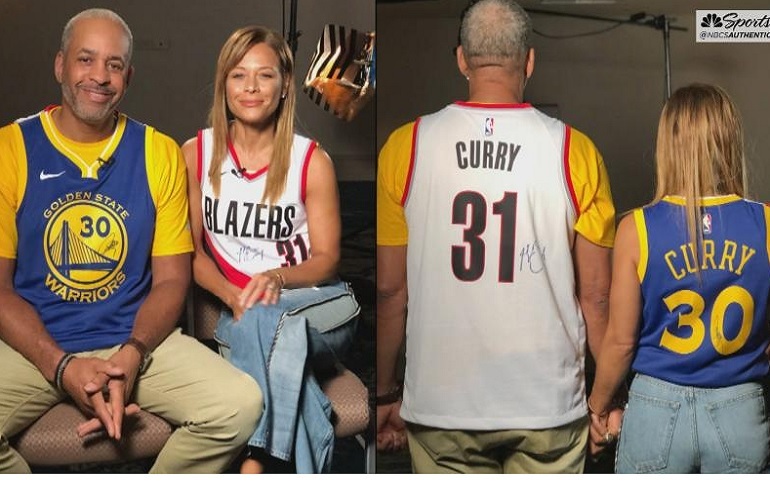 There aren’t many brothers that share the dream of making it into the NBA. However, it is really difficult for siblings to make it into the game and make it big. The Curry Brothers are exceptions to both of these statements. However, just how did they grow into the world of basketball? The main reason for that is their father, who is a former NBA star.

Stephen Curry just became the all time leader in three pointers made in NBA history. On the other hand, his younger brother, Seth Curry, is also an elite three point shooter. The latter is currently the starting point guard for the Philadelphia 76ers and is slowly rising among the ranks. However, both these brothers practically grew up on the court.

So let’s take a look at Stephen Curry and Seth Curry’s parents;

Who is Dell Curry?
The Curry brothers grew up in an NBA household with their father, Dell Curry being the anchor. He was an NBA star who played for Charlotte for the most part of his career. It is his shooting prowess that has passed on to both his sons, as he himself was quite a renowned shooter.

Dell Curry never had the usage rate of his son, Stephen Curry. He was more of a role player, starting in just 99 of the 1083 games he played in the NBA. However, the one thing that remains in the blood is their shooting gene. Dell shot a career 40% from three and passed it on to his two sons as well. He spent the prime days of his career in Charlotte before retiring at the age of 38 with the Toronto Raptors.

Who is Sonya Curry?
While their father is a former 16 year NBA veteran, their mother was also an athlete. Sonya Curry joined Virginia Tech as a student athlete. She excelled in sports such as volleyball, track and field, and even basketball. She also founded her own Montessori school in Charlotte which both the Curry siblings attended. Currently, Sonya Curry is the president at her school in Charlotte.

Virginia Tech became the place where Dell and Sonya would meet. Since then, the two have had three children. While their two sons are NBA players, they also have a daughter named Sydel Curry who is married to Golden State Warriors’ Damion Lee.

They were together for 33 years. However, the pair split up very recently. In August this year, Sonya Curry filed for divorce with her husband, Dell. The divorce procedure is still ongoing, but the couple have mutually gone their separate ways.