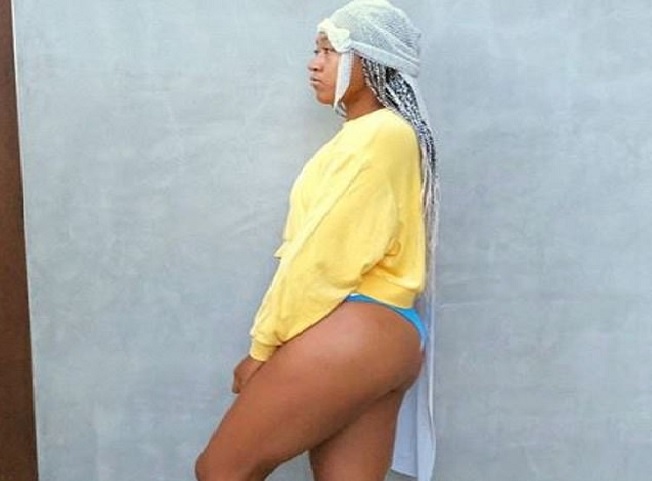 Naomi posted an image of herself in a pair of blue bikini bottoms and a vibrant yellow sweater. While many people including Hailey Bieber were quick to post positive comments on the image,

others made leering observations about the Japanese-born sportstar’s body, branding her ‘chunky’ and calling out the fact that she wasn’t wearing pants.

One Instagram user told the tennis star that she should be ‘focusing on the upcoming competitions,’ suggesting that posting images of herself will stop her from winning —

despite the fact that she has also shared videos of herself working out and practicing on the courts.

She posted several more images of herself in bikinis ‘I don’t get why you would post half naked pics of yourself,’ another chimed in. ‘Have some class… you don’t need to do this.’

When Naomi shared a series of bikini images in mid-July, she faced similar comments from followers, with one even claiming that she was only sharing photos of herself in swimwear because she ‘needs a boyfriend.’

‘She probably needs a boyfriend, but doesn’t want the press to say something nasty about it,’ the person wrote. This time, Naomi hit back at the trolls on Twitter.

‘I just wanna say it’s creeping me out how many people are commenting @ me to maintain my “innocent image” and “don’t try to be someone your not,”‘ the 2018 US Open champion wrote.

She then proceeded to rage against anyone who thinks that they have a right to comment on another person’s wardrobe, tweeting: ‘You don’t know me, I’m 22, I wear swimsuits to the pool. Why do you feel like you can comment on what I can

Model Claims She Was Offered 60,000 Euros To Set Up Novak Djokovic