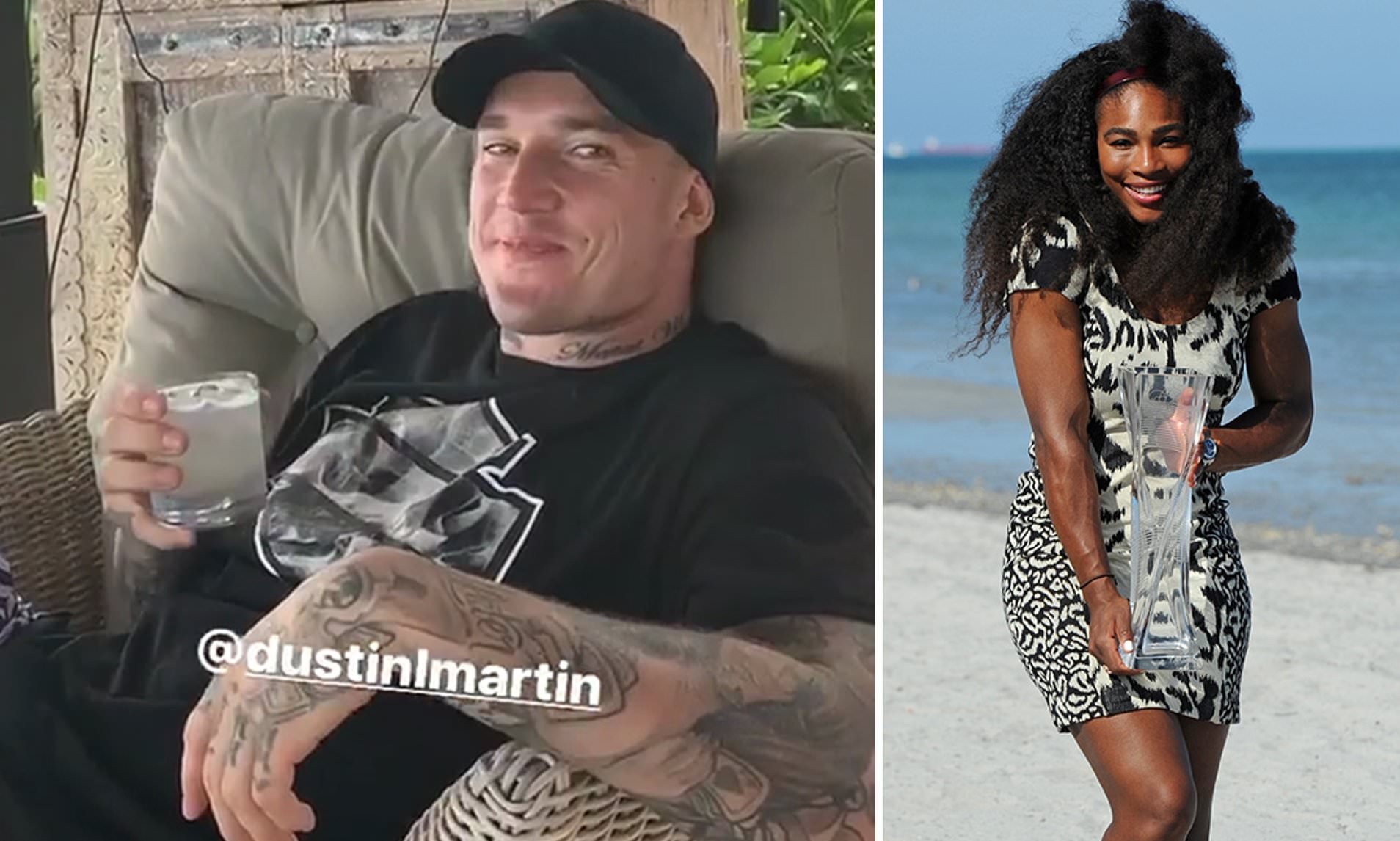 AFL superstar Dustin Martin was spotted soaking-up the sun with tennis legend Serena Williams and her husband Alexis Ohanian back in 2019.

And now the real story behind their unexpected friendship has been revealed.

The publication reports that Martin was travelling at the time with Hollywood talent agent Jessica Steindorff, who was also being mentored by Crowe.

The group met up thanks to their mutual connection to Crowe, who is also responsible for mentoring the likes of tennis champion Ash Barty.

Dustin surprised fans back in November of 2019 after he was spotted with the American tennis star and her husband. In a clip posted to Williams’ Instagram, the pair are seen with her Reddit co-founder husband Alexis Ohanian enjoying the sun, sand and surf.

The group were filmed enjoying food and drinks while Ohanian mixed music in the background.

Dustin appeared relaxed, grinning at the camera while enjoying a holiday beverage. Another image showed Martin and Ohanian standing in the shallows waiting to board a speed boat. Williams has gushed about their time at the idyllic holiday spot in her latest Instagram post.

‘Today is our last day in this glorious place, we’ve had so much fun. We are living our best lives eating fried chicken sandwiches,’ she said in a video update. The footage surprised footy fans, as Martin’s friendship with Williams was previously unknown.

‘This has to be fake,’ one Twitter user noted at the time, while another asked: ‘What’s going on here?’

The holiday capped off a stellar season for Martin after he helped lead the Richmond Tigers to their second premiership in three years.

“He Should Meet You”: Ellen DeGeneres Sets Up Naomi Osaka With Michael B. Jordan