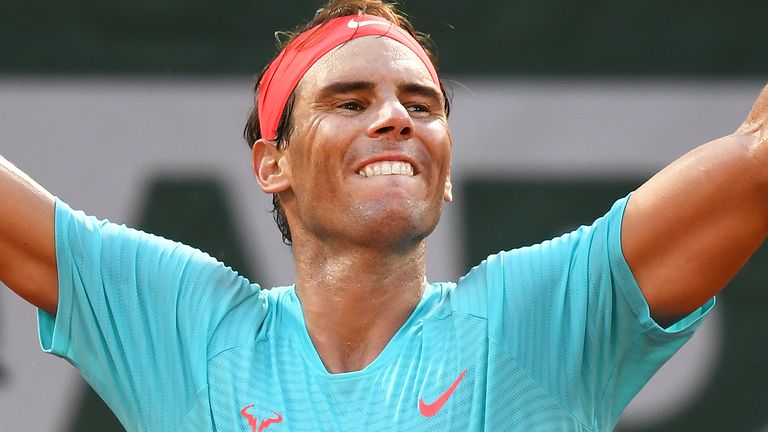 World No.3 Rafael Nadal made a phenomenal comeback on the court as he won his first match at the Citi Open 2021. Facing Jack Sock, the Spaniard played amazingly well even after some foot injury problems and advanced to the pre-quarters of the tournament. The final scoreline of the match was 6-2, 4-6, 7(7)-6(1).

Since Rafael Nadal is in Washington, the local Ice Hockey team, Washington Capitals, facilitated him with one of their jerseys. Their star player, Lars Eller, presented him with the jersey and the Spaniard got the number 21 on his back.

“The Tiger meets the King of Clay! Rafa ready to rock the red” tweeted the official Twitter handle of Washington Capitals.

Rafa receives love and affection wherever he travels but he has a special connection with the Unites States of America. People just love to watch him there and recently, hundreds of them just turned up to watch even his practice session. Interestingly, he has also won 4 US Open titles in his career so far.

After winning the first-round match against Jack Sock despite a foot injury, Rafa will now face Lloyd Harris in the pre-quarters of the tournament. The South African has been playing some amazing tennis lately and can prove to be a big threat to the 20-time Grand Slam champion.

The Citi Open 2021 is not just a warm-up tournament for Nadal ahead of the US Open 2021. It has a significant value as if Rafa fails to win the tournament, he’ll drop to the fourth position in the ATP rankings.

Fans believe that Rafael Nadal is the only player who can stop Novak Djokovic from winning his Calendar Slam in New York this year. He enjoys quite a lot of topspin playing on the hard-courts of the USA and thus, becomes a dangerous player there. Will he be able to lift his 21st Grand Slam title at the Flushing Meadows this year?

“People Told My Dad I Would Never be Anything”: Naomi Osaka Reveals Struggles of Becoming a Champion

“The More Awesome it Will be”: Serena Williams Urges Young Girls to Stay in Sports