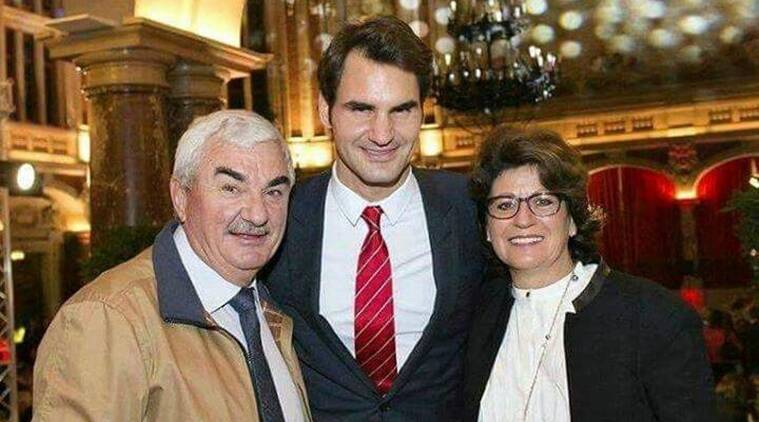 The 2020 Tokyo Olympics certainly made headlines all throughout its course. However, even as its extravagant closing ceremony draws the curtain on the Summer Games, the highlight for the tennis world lied in Switzerland. Despite not appearing in Japan, Roger Federer stole the spotlight from it, as the maestro turned 40 just yesterday. Speaking of his legacy and his reigning dominance, Federer’s parents, Lynette and Robert Federer open up with utmost sincerity.

Born in 1981, the then-innocent Roger Federer lived in Basel, Switzerland. Growing up, he had to make a choice between education and sports; no points for guessing what he chose. Legendary to say the least, Roger has had the most decorative career possible. Simply put, he’s won just about everything. Thanks to the parents for giving the world an impeccable tennis beauty, they now open up on what it feels, as their son is 40 and going strong, with no intentions of stopping.

Every parent takes pride in the achievements of their off-springs. Although, if your newborn toddler turns into a 20-time Grand Slam champion, there’s no more you could ask for. Both Robert and Lynette hail the ‘G.O.A.T’ for how far he has come and the desire that wants to take him furthermore.

Also Read: What Should YOU and Roger Federer Have In Common?

Speaking of Roger Federer’s amazing grit that never lets him give up, his father Robert said, “It’s not about us. It’s great that he still lives for tennis. And have you seen that he has undertaken and all the efforts he has made to rebuild himself after his injury? That is truly admirable. Roger lives his dream. We accept it and do not intervene with it.”

Also Read: How Roger Federer Spends Much of His Millions (hint: it’s not on himself)

Lynette also acknowledged Roger Federer’s battle with injury and his urge to come out victorious of it. Although, truthfully enough, she accepts not thinking Roger would play professionally, even at the age of 40. She said, “No, not really. But he certainly follows his instincts and love for the sport. In addition, his body has endured the repetition of effort relatively well over the past 25 years.”

When asked about the possibility of retirement, in case of any discussions that took place, the duo was quick to cancel out the conversation. “These are personal things, they stay in the family,” Lynette said.

“I’m Sorry For The Other Sons”: Watch Novak Djokovic’s Mother, Dijana Discuss Sacrifices The Family Made to Fund His success