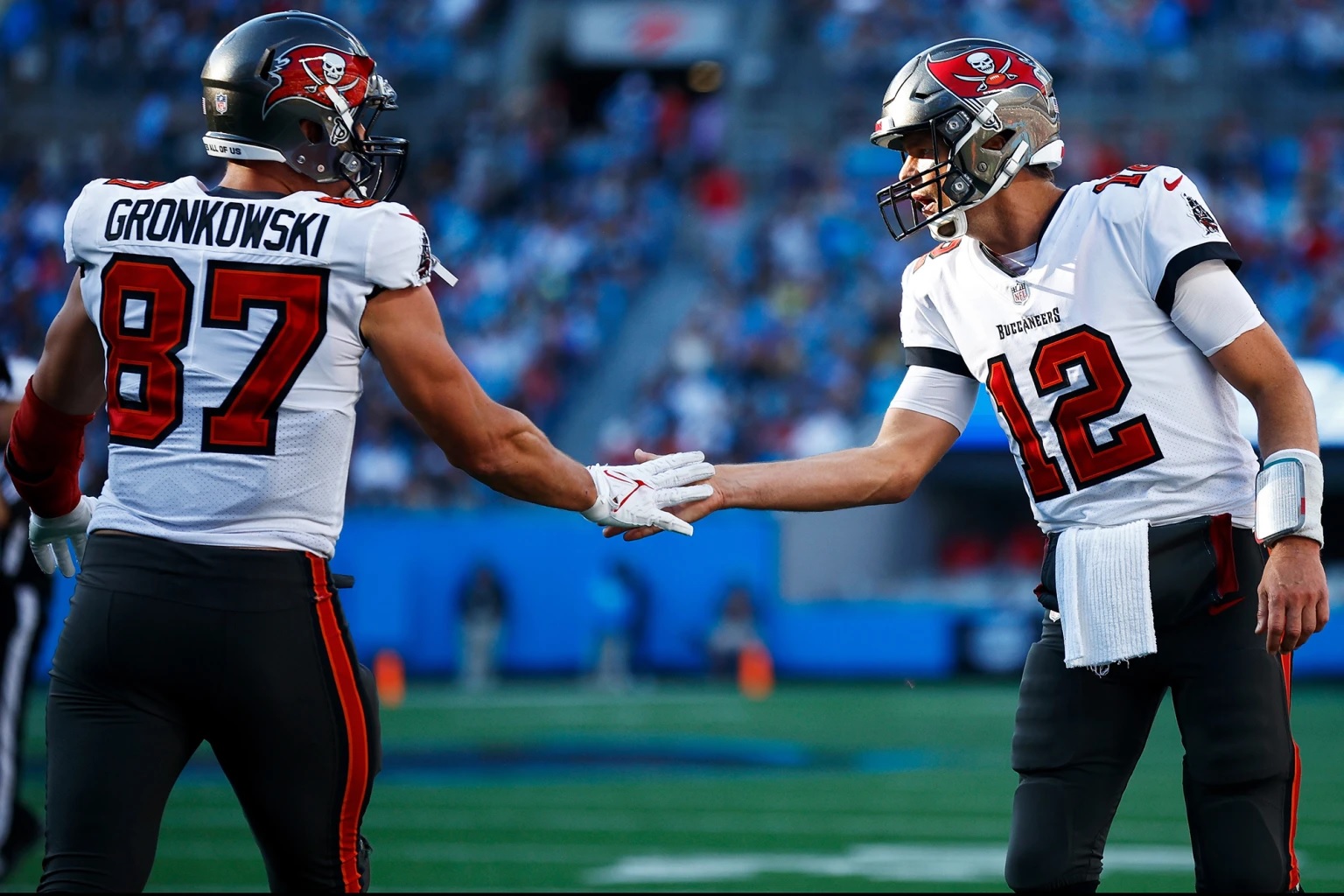 Rob Gronkowski had the chance to unlock multiple incentives during Sunday’s regular-season finale against the Panthers, worth $500,000 each.

The Buccaneers tight end needed 85 more receiving yards and seven catches to hit a $1 million jackpot, according to For the Win.

Fortunately for Gronkowski, his longtime teammate and friend, Tom Brady, wasn’t calling it a day until he got paid.

With six minutes to go in the fourth quarter, Brady was seen picking up his helmet on the Tampa Bay sideline, appearing to yell at the coaching staff, before re-entering the game, despite a 14-point lead.

Tom Brady didn’t want to get out of the game until he got Rob Gronkowski one more reception for a $500K incentive. pic.twitter.com/B3HdJnf0E8

The quarterback then connected with Gronkowski, who caught the 55th pass needed to unlock his bonus. Brady then exited the game in favor of backup Blaine Gabbert.

Gronkowski, who also needed 750 receiving yards this year for an additional incentive, hit that mark earlier in the game, bringing his total to 802 yards for the year.

The four-time Super Bowl champ could have unlocked an additional $500,000 bonus had he logged nine touchdowns this season, according to Spotrac, but finished 2021 with six.

The Buccaneers closed out their regular season with a 13-4 record and will face the Eagles next Sunday in the wild-card round of the NFC playoffs.