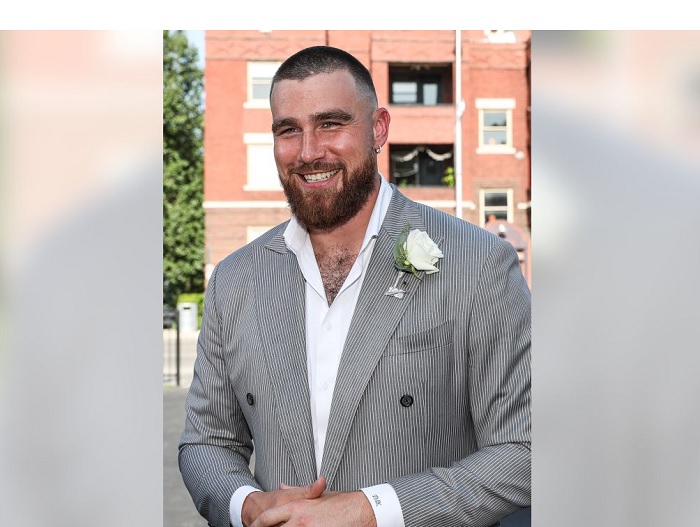 As Kansas City Chiefs prepare to face Jaguars in the Playoffs, Travis Kelce has decide to connect more with his fans as he shares his ‘personal warm-up playlist’ with fans on Twitter.

In a video he posted on Twitter which he captioned “I’m all about energy and focus on the field. Pick up the pace with my personal warm-up playlist, up now only on” Kelce explained haw much the has always been a part of him in his career.

Kelce said “It’s gonna look like a whole bunch of random songs but all those songs mean something to me. it’s something that I have gathered up through life…”.

I’m all about energy and focus on the field. Pick up the pace with my personal warm-up playlist, up now only on @AppleMusic https://t.co/8OyvenhXLZ pic.twitter.com/Sr2PeFDhsz

Kansas City Chiefs and Buffalo Bills potential neutral-site game tickets has witnessed something unusual, More than 50,000 tickets were sold in the first 24 hours for a potential AFC championship game in Atlanta.

Season ticket holders for the Buffalo Bills and Kansas City Chiefs have been offered first dibs on seats if the game is played at Mercedes-Benz Stadium on January 29. This is due to the NFL revising its playoff format following the cancellation of Buffalo’s game versus the Cincinnati Bengals. When Bills safety Damar Hamlin collapsed on the field in Week 17, the game was called, and there wasn’t enough time to make it up.

Related Topics:Travis Kelce
Up Next