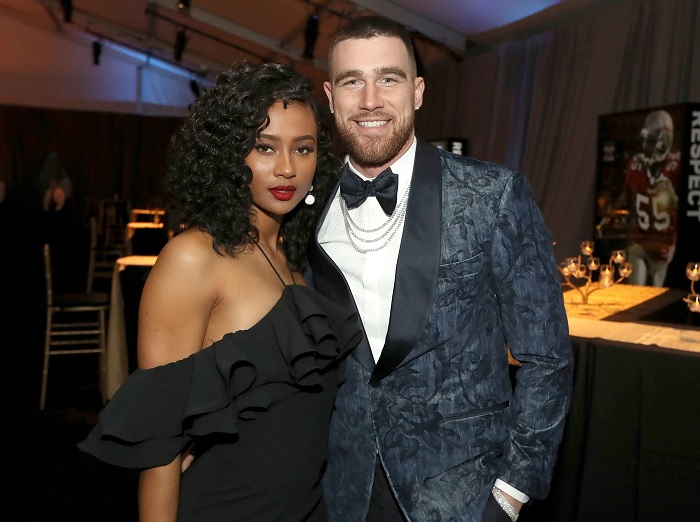 Kansas city chiefs tight end, Travis Kelce’s breakup with Kayla Nicole which was made public in 2022 after being questioned for months has resurfaced after Nicole lashed out at the failed 5 year relation.

Kayla Nicole took to TikTok to express her emotions after the breakup. In a video that she eventually deleted, Kayla called herself stupid for believing Travis Kelce would marry her after dating for five years.

Kayla said “You’re not stupid Kayla. No, I am actually. Thought I’d get wifed after dating for 5 year. That’s 1,825 days”. Nicole shared another video after receiving reaction online from those who said she shared the video for attention.

The video’s text read: “When I do literally anything at all on this here internet”. She then added a post in which she tells her followers that it’s fine to laugh at jokes.

Travis Kelce and Kayla Nicole began dating in 2017 after months of exchanging messages on Instagram. They resumed their relationship till 2022 after briefly splitting up in 2020.

Related Topics:Travis Kelce
Up Next

Josh Allen on Chiefs Rematch: ‘They’re About to See a Different Josh’