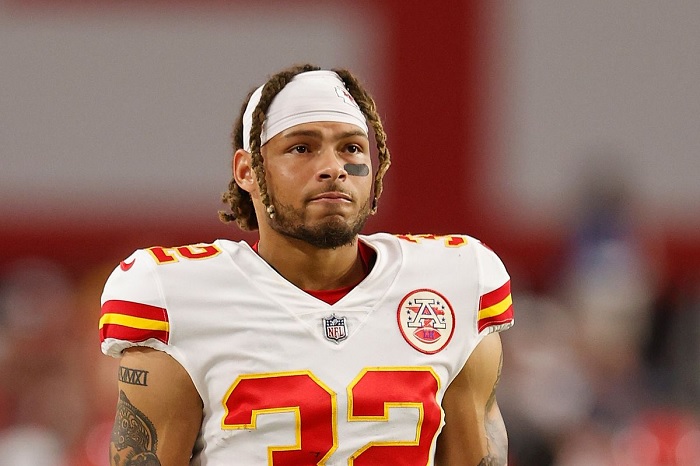 Kansas City Chiefs safety Tyrann Mathieu expressed his frustration with negative comments from Chiefs fans over social media. Tyrann Mathieu is one of the most valuable players on the Chiefs defense, a mainstay on the team since he joined in 2019.

He is valued both by his fellow teammates and by Chiefs fans, evidenced by his appearance at his third NFL Pro Bowl.

Just how impactful is #Chiefs S Tyrann Mathieu? L’Jarius Sneed says that Mathieu calls out what’s happening before every snap on the defensive side of the ball. Adds that Mathieu is always right too.

Despite the recognition, fan opinion can be fickle, and Mathieu has been known to respond to fan criticism with critiques of his own.

A Chiefs fan Twitter account that asked whether or not the Chiefs should retain Mathieu asked fans to retweet if he was the best free agent signing in Chiefs history just two hours later. Mathieu is “shocked” that assessing his value in Arrowhead is “even still a topic.”

Retweet if @Mathieu_Era is the best free agent signing in Chiefs history pic.twitter.com/hUx7XjqrWG

This is far from the first time Mathieu has expressed his disappointment with certain corners of his fanbase. In October, Anthony Hitchens declared that Chiefs fans will “never be satisfied” despite the overwhelming success of the franchise in a matter of years. Mathieu agreed, saying that the Chiefs fanbase might be “the most toxic fan bases in all of sports.”

It shocks me certain things are even an topic….. or up for discussion… I realize tho along the way I’ve mad some people mad, I don’t regret it. It’s surprising tho, all I ever did was give it my all and be true to me…. Oh well

Mathieu quickly apologized, but he remains frustrated with fans when they continuously question his value. In his latest tweet, Mathieu acknowledges that he knows he’s made some people mad, but he doesn’t regret being honest on social media.

While Mathieu is undoubtedly an integral part of the Chiefs in the modern era, sports fan will inevitably debate his value and distill his worth to how he interacts with fans. While Mathieu won enough support to be voted to the Pro Bowl, it’s impossible to win everyone over.