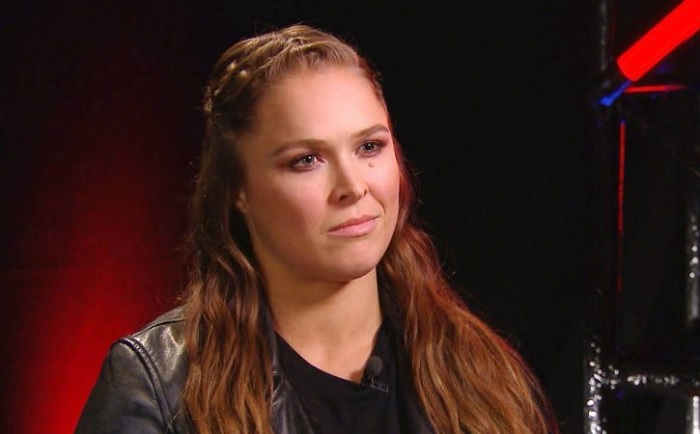 Recently, Ronda Rousey took to social media to reveal that her backstage brawl with Flair reminded her about her childhood days.

There were incidents during her childhood where others would pick fights with her. Even then she wouldn’t back off, and now that she’s ‘The Baddest Woman on the Planet’, she’s definitely not going to back off from Charlotte Flair’s attacks.

At WrestleMania 38, the duo are going to headline Night 1.

During the same show, Rousey revealed she wants to tap out Charlotte Flair at WrestleMania 38 with a specific move – The Ankle Lock.

She learned this from her mentor, Kurt Angle. And, as a tribute to him, she wanted to tap out Flair using it. On another show, she had already tapped out Charlotte Flair using the ankle lock. Therefore, it’s safe to assume that she can execute the move without hassle.

Coming to who could win the match, it’s a difficult prediction at this point. Had Rousey returned for one feud which would see her main event at WrestleMania 38, it would have been easy to predict. However, Rousey is going to stay with WWE beyond WrestleMania 38. In this case, both Charlotte Flair and Rousey have equal chances of securing the victory.

However, the WWE fans have really warmed up to Rousey in her second WWE run. During her first run, the fans had turned hostile towards her, and often booed at her. But, they’ve had a change of heart and it would be good to push Rousey to the Championship while the fans still want it.

Who do you think walks away as the WWE SmackDown Women’s Champion at WrestleMania 38?