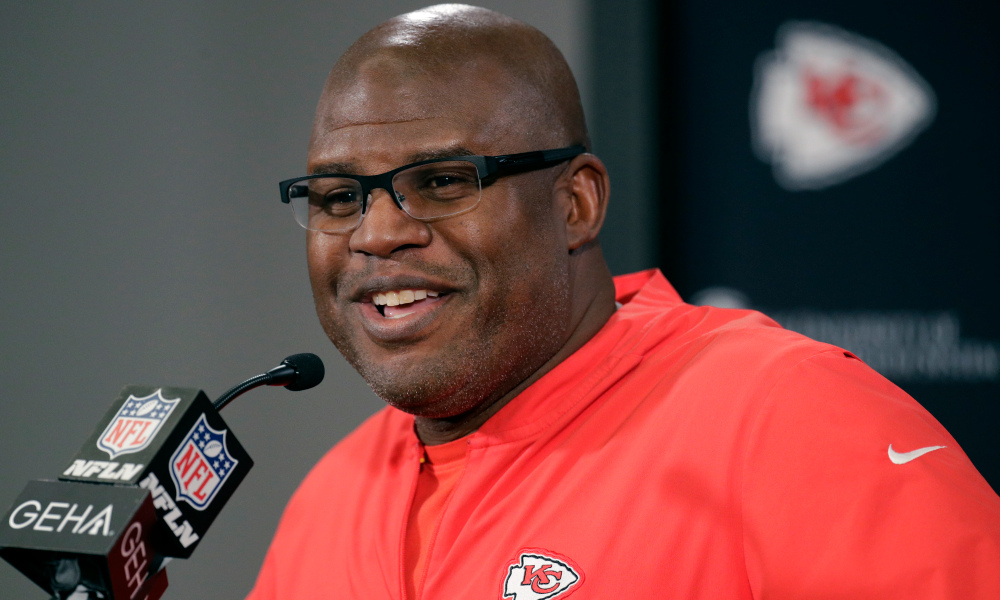 As Alex Smith was the star back in 2017, the Chiefs’ star quarterback almost sat out his entire rookie season. However, Mahomes started for the Chiefs in the very last game of the 2017 season. The game was remarkable, and many fans still remember it to this day. The game is remembered not because Mahomes had crazy statistics.

Instead, he completed only 62.9% of his passes, threw for 284 yards, and failed to score a touchdown. However, he dominated the fourth quarter with Kansas City and set up the match-winning field goal. This was his first step to stardom.

The Kansas City Chiefs faced the Denver Broncos on Sunday and won. This is the team against which quarterback Patrick Mahomes had made his first NFL start in 2017. The 26-year-old has yet to lose to the Broncos and continued to maintain his unbeaten streak on Sunday Night Football.

After the clash, the Chiefs offensive coach praised the growth Patrick Mahomes has made. Bieniemy said, “That was one of the reasons why we drafted him. Obviously, we knew he was a pretty talented kid. Still, sometimes certain people just have that ‘it’ factor, and you don’t know what that ‘it’ factor really is, but he has that mental toughness to handle a lot of different situations.”

”So, we’ve dealt with some lows, but the thing I appreciate about him, he understands he has to keep throwing the football. It’s not like we’re going to stop throwing the ball, so he has to continue to play. On top of that, Pat is not afraid of being vulnerable and admitting his mistakes, and I think that makes him a very admirable player and person.”