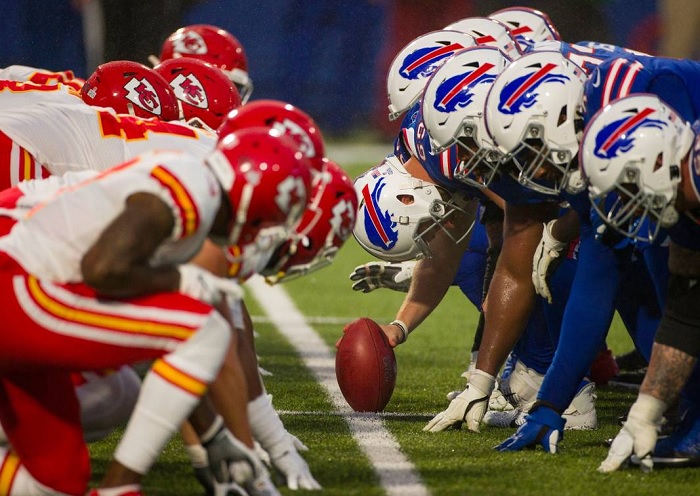 Sunday night when the Kansas City Chiefs clash with the Buffalo Bills, it will not only be a rematch of last season’s AFC championship game, but also a matchup between two of the more impressive teams on the AFC side of the ledger.

The Bills enter Sunday as the top team in DVOA over at Football Outsiders, while the Chiefs sit in sixth position. Those are the two highest-remaining teams left in the conference, well ahead of the Cincinnati Bengals (18th) and the Tennessee Titans (20th).

Here is how the Chiefs can beat the Bills.

Keep your eyes on Josh Allen.

The Chiefs have to worry about Josh Allen, the runner, when the Kansas City defense is on the field.

This should not be a surprise. When these teams met back in October, Allen was Buffalo’s leading rusher, carrying the ball 11 times for 59 yards and a touchdown. Brian Daboll got his legs involved early in the game, as the quarterback had three carries for 42 yards and a touchdown on the Bills’ opening possession of the game.

So, how can the Chiefs look to constrain what Allen can do with his legs? Mush rushes, where you look to keep him in the pocket, are one way. Spying him is certainly another. But another approach is to try and overload him from one side and “bait” him into escaping away from that overload look, only to have a defender there ready.

Micah Hyde and Jordan Poyer are on of the best safety tandem in football.

Watching these two over the past few seasons, flustering quarterbacks like Tom Brady and others, the way they work together is beautiful to watch. From how they both play the position, to how well they spin at the snap, if you get a chance this off-season to study some safety play, watch how these two work in concert.