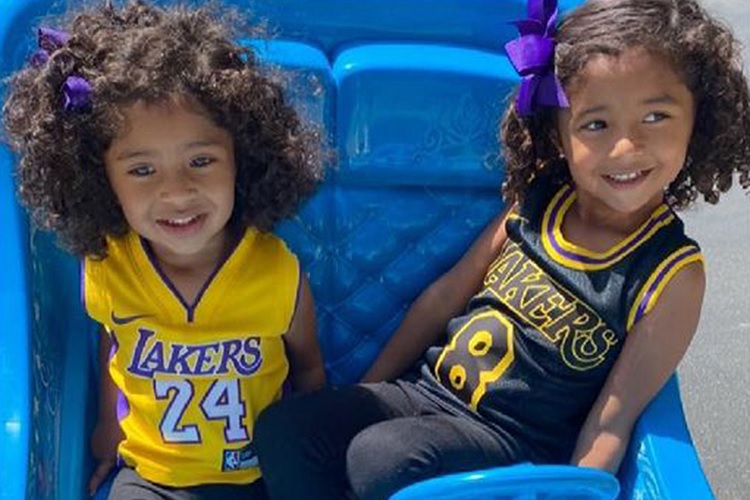 There is no arguing that the late Kobe Bryant was athletic, so I guess it should be no surprise his and Vanessa Bryant’s young daughters are already doing amazing on the slopes. On Wednesday, Vanessa shared photos and videos from Jackson Hole, Wyoming, where Bianka, 5, and Capri, 2, learned how to ski and snowboard.

The girls looked so cute in their tiny snow gear and, Bianka even rocked a tutu. They all stayed safe in helmets and from the looks of it, they may have a future in the Winter Olympics. The proud mom wrote in the caption of a video showing Bianka cruising that it was the same place Natalia, 18, and her late daughter Gigi learned. “Go B.B! (This is where Gigi and Nani learned to snowboard). 💔 ❤️🏂🏂🏂🏂,” she said.

By the end of the day, it looked like “BB” turned into an absolute pro learning how to both ski and snowboard. Vanessa shared a clip of her shredding down the mountain.

Even her toddler Capri, nicknamed “Koko,” got on a tiny snowboard. She had the help of an instructor who pulled her around, but it’s clear the balance and skill were there. Just maybe not the enthusiasm.

Natalia was likely hitting the blue squares and black diamonds while the younger girls were in lessons, but Vanessa shared a family photo with her in front of the white sky. “22,” she captioned the pic.

“Yeah, I Think The Guys Are Ready to go,”: Patrick Mahomes Opens up on Upcoming Game Against Broncos

“It Was Catastrophic”: Toto Wolff Calls For Change in F1 Decision Making Process