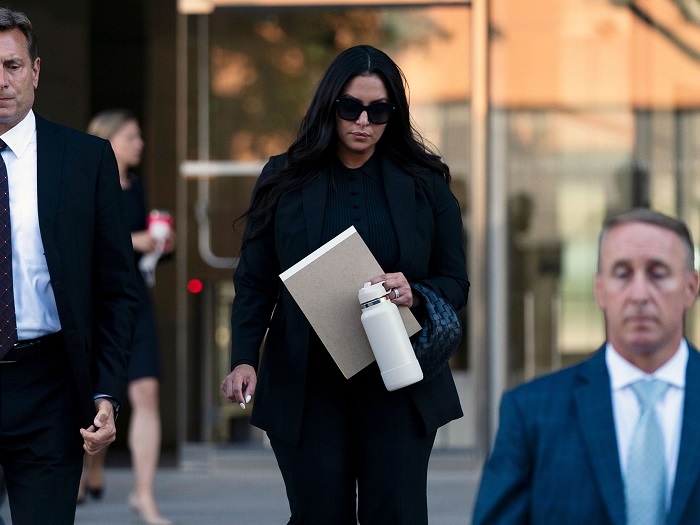 Vanessa Bryant testified that she suffered panic attacks after learning that images of her husband and daughter’s helicopter accident had been shot and disseminated. “I expected them to have more compassion,” She informed the jury during her breach of privacy trial.

The Los Angeles Times reported that county personnel snapped photographs at the crash site and shared them with others, which infuriated the victims’ relatives.

Last November, the county agreed to pay $2.5 million (£2.1 million) to two families who lost relatives in the disaster, but Mrs. Bryant refused to settle.

Mrs. Bryant, who was sobbing on the witness stand on Friday, recounted being at home with her other children when she read the LA Times piece. “I bolted out of the house and I ran to the side of the house so the girls couldn’t see me. I wanted to run… down the block and just scream,”

Vanessa also revealed that she felt, “blindsided, devastated, hurt and betrayed” by the news and “[lives] in fear everyday of… having these images pop up” online.

“I don’t ever want to see these photographs,” she added. “I want to remember my husband and my daughter the way they were.” Mrs. Bryant was the prosecution’s final witness, and the defense will now present its case.

Patrick Mahomes Reacts to His Hall of Fame Induction

Patrick Mahomes Reveals Readiness for Cardinals: “It Will Help us”