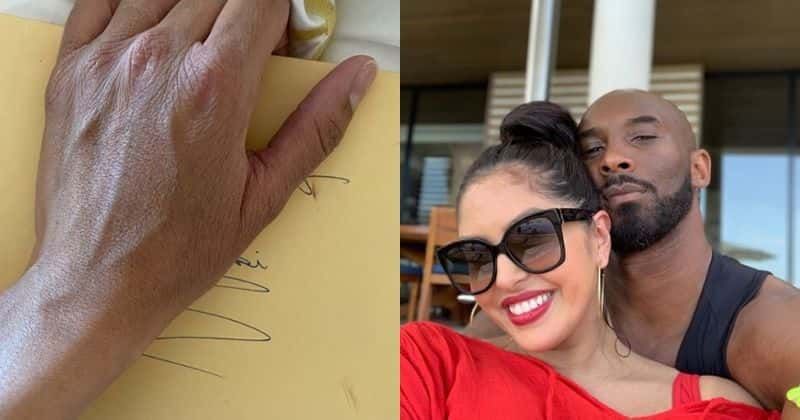 Vanessa Bryant got something she’ll never forget: a secret gift from her late husband, Kobe Bryant. The mom-of-four revealed on Instagram that she had found a letter from Kobe just before her big day. It appears to be the very last message from the former NBA star, who was killed in a Jan. 26 helicopter crash alongside his daughter Gianna Bryant and seven other passengers.

Kobe Bryant’s letter to Vanessa Bryant
Bryant announced the letter on the afternoon of her birthday. “Yesterday I found an envelope labeled To: The Love of my Life. From, Tu Papi ❤️I waited to open one more letter on my birthday. It gave me something to look forward to today❤️,” she began.

“The irony is that Kobe had a photo of me drawn with an Angel holding me up by an artist on the cover. Missing the Love of my Life and my sweet little Mamacita- my fellow Taurus,” she continued, referring to Gianna, who would have turned 14 earlier in May. “Grateful to wake up to my 3 sweet girls today. Wish we were all together.”

READ DEEPER  Vanessa Bryant Daughters, Bianka And Capri Learn How to Ski And Snowboard in Latest Post by Their Mother

Bryant also recently celebrated what would have been her and Kobe’s 19th wedding anniversary. She rang in the day with a photo of the former NBA star kissing her on the cheek.

“My king, my heart, my best friend. Happy 19th wedding anniversary baby. I miss you so much. I wish you were here to hold me in your arms. I love you,” she captioned the image.