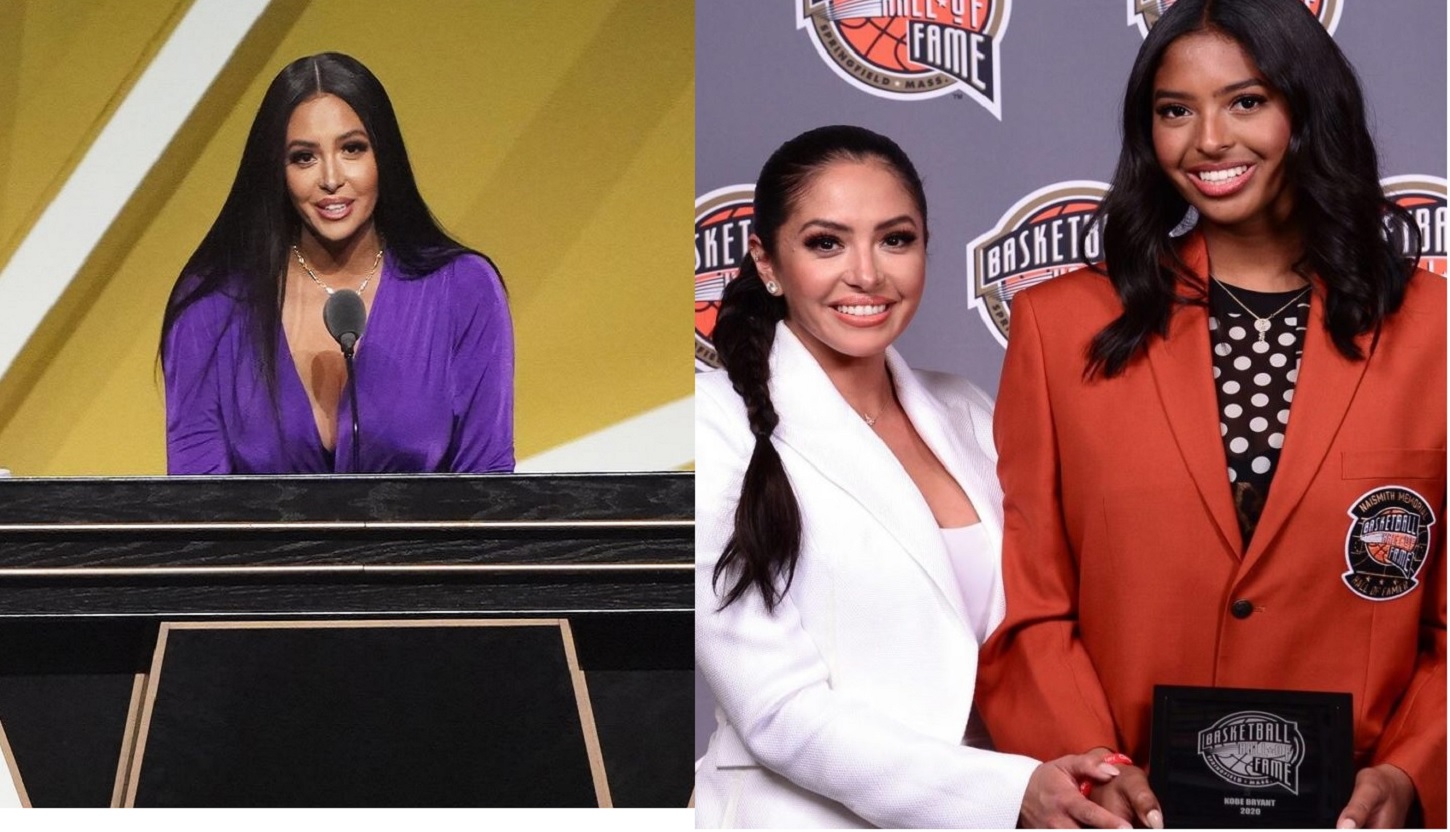 Natalia Bryant may have missed her late dad Kobe Bryant’s induction into the Naismith Memorial Basketball Hall of Fame, but she had a very good reason. Kobe’s wife, Vanessa Bryant, who appeared and spoke at the ceremony, gave fans insight into Natalia’s whereabouts.

“Natalia almost missed her senior prom last night,” Vanessa captioned a sweet photo of her giving Natalia a kiss on the cheek. “Natalia’s experienced so much loss, I couldn’t let her miss out on her once in a lifetime opportunity to go to her senior prom. Thank you for flying out to accept daddy’s Hall of Fame jacket and fly home the next morning. #HallofFame #SeniorPromNight @nataliabryant.”

Vanessa, who was childhood sweethearts with the late L.A. Lakers star, recalled how she missed her own senior prom because of him. “When I was a senior in high school, Kobe and I were engaged and he had a playoff game the night of my prom. Kobe didn’t want me going to prom without him and I didn’t want to go without him,” she reflected.

“When we heard Natalia’s prom night and Kobe’s Hall of Fame night were on the same night, I looked at Natalia and said, ‘well if it’s any consolation, daddy kept me from going to my prom, so it’s only right that he tried to keep you from going to yours.’ 😃 Of course we laughed because even in heaven, he’s still trying to make moves and keep the boys away.”

She also shared photos of Natalia with Ciara and Russell Wilson seemingly at the airport, writing, “Off to Prom.” Natalia was in attendance for the presentation of Kobe’s Hall of Fame jacket and ring, putting on the red blazer herself in a touching moment, which Vanessa shared on social media.
She later shared a photo of herself in her pink prom dress. Kobe and his daughter Gianna “Gigi” Bryant tragically died in January 2020 following a horrific helicopter crash that also took the lives of seven others.

During her Hall of Fame speech, Vanessa got very personal, saying, “I wish my husband was here to accept this incredible award. He and Gigi deserve to go here to witness this. Gigi would be so proud to watch her daddy get enshrined into the basketball Hall of Fame. I know he was looking forward to being here. He asked the hall of fame to specifically add a sixth ticket for Capri. He was so happy.”

Away From The Pressure Of The Game: Rafael Nadal Vacations On His Luxuries Boat Following Wimbledon Championship 2021 Withdrawal

“Thank you for everything Ćivša! Good luck!.” : Novak Djokovic On Viktor Troicki Retirement.