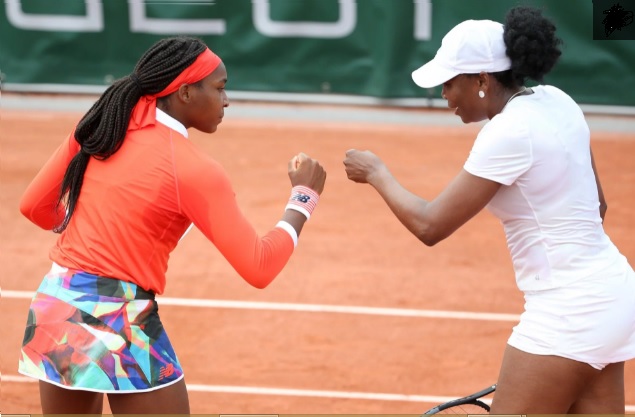 Last weekend, news broke that the 17-year-old tennis star was teaming up with the 40-year-old veteran, whom she called one of her childhood idols, for the tournament. They took on No. 13 seeds Ellen Perez and Saisai Zheng, ultimately losing 6-7 (5), 6-4, 6-3 in the two-hour match.

However, the pair is continuing to hold their heads high. Following the loss, Williams shared photos from the match on social media saying, “Glad to call you partner @cocogauff.” Gauff responded under the post saying, “It was an honor.”

The French Open marked Williams’ first major women’s doubles match where she wasn’t partnered with her younger sister, Serena Williams. The sister duo has 14 Grand Slam doubles titles together. The tournament is also the first time Gauff and Williams have played together. Gauff typically pairs with her regular doubles partner Caty McNally, who withdrew after suffering a knee injury.

According to ESPN, Gauff’s father and coach, Corey, reached out to Williams’ team right before the entry deadline. “I wasn’t expecting a yes, to be honest,” Gauff told the outlet. “It was worth the ask. I’m happy she said yes.”

Although Gauff and Williams were new teammates, they have competed against each other in the past. Gauff won their previous face-offs at the 2020 Australian Open and at Wimbledon in 2019 — when she also became the youngest player since 1991 to win in the first round of the ladies’ singles at Wimbledon.

“I told her thank you for everything that you did. I wouldn’t be here without you,” Gauff told reporters at the time of the conversation she and Williams had after the match. “I always wanted to tell her that.”

Naomi Osaka Hits Back After Huge Backlash and $15,000 Penalty at French Open 2021