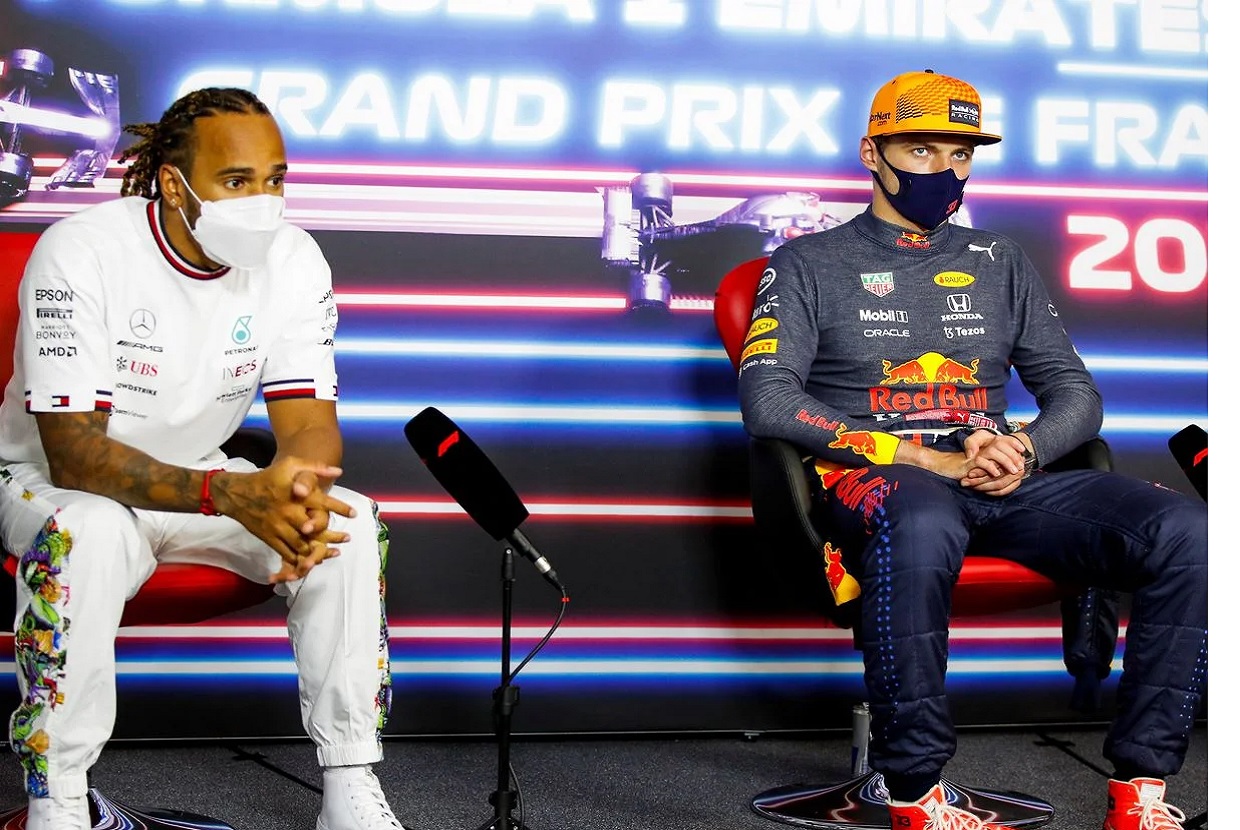 That’s according to ex-F1 driver David Coulthard, who suggested that the Brit can afford to be less aggressive due to him often driving a much-superior car. Verstappen won 10 races last season and finished on the podium on 18 occasions en route to championship glory.

He dramatically beat Hamilton to the championship on the final lap of the season finale in Abu Dhabi, after a controversial decision by race director Michael Masi to allow only the five lapped cars between the race leaders to un-lap themselves.

This gave Verstappen, who had just pitted for a set of soft tyres, a clear run at Hamilton on the final lap of the 2021 season.

Coulthard, who also drove for Red Bull during his F1 career, has hailed Verstappen’s mental toughness and described the Dutchman as an “exceptional human.”

The 50-year-old concedes that the manner of Verstappen’s win in Abu Dhabi was contentious, but he believes that Hamilton is more averse to the aggressive approach than Verstappen, which helped the Red Bull driver triumph this year.

The former Williams, McLaren and Red Bull driver also reckons that Verstappen has got into the mind of the seven-time world champion.

“And Lewis has to keep opening up the door because he knows he’s coming and that’s got in the psyche of Lewis.”

The Briton appreciates the habitually victorious ways of the 24-year-old Dutchman, and he accredits Verstappen’s fearless nature with this.

“Max has had to fight for it and has been a winner all the way through, skipping some of the lower formulas to come into Formula 1. He fears nobody. That’s not a part of his psyche. The thing that I find most impressive is, if there’s a gap, he goes for it. There’s not even a doubt.”