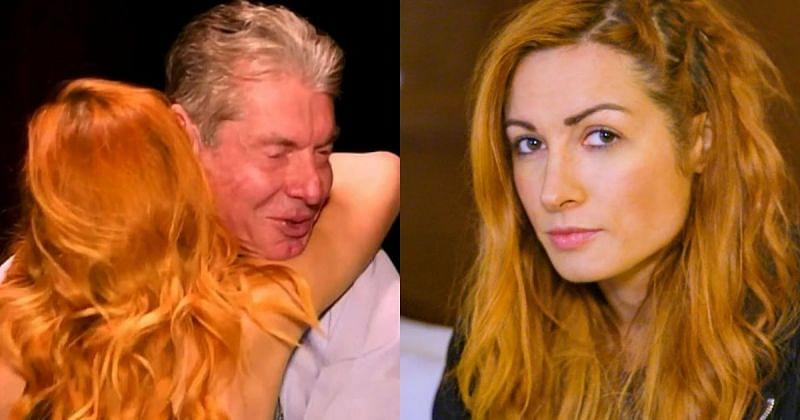 Becky Lynch has been away from the WWE ever since she confirmed her pregnancy on the RAW episode of May 11th. Becky Lynch relinquished the RAW Women’s Championship and handed it over to Asuka before going on a hiatus.

Becky Lynch is expected to give birth in December, but when can we see her back inside a WWE ring?

A new report from WrestlingNews.co has revealed that Vince McMahon is hoping for Becky Lynch to be ready to return by January or February to kickstart a storyline with Ronda Rousey.

A WWE source close to the situation told WrestlingNews.co that the Becky Lynch vs. Ronda Rousey feud is still on track, and the singles match between the two former RAW Women’s Champion could be the main event of WrestleMania 37.

The source was quoted as saying the following

“Vince is hoping for Becky to be back in January or February to start the one on one feud with Ronda.”

Many possibilities could, of course, change WWE’s current plan for the women mentioned above.

Vince McMahon is reportedly adamant about having the fans back for WrestleMania 37, and he believes that having Ronda Rousey vs. Becky Lynch at the WWE ThunderDome isn’t an option.

The source added the following:

“Vince wants WrestleMania to be the show that says ‘WWE is back. We can’t do Becky vs. Ronda in the Thunderdome with no fans. He wants the fans back, and they will be back by the time Mania rolls around.”

Related Topics:Becky Lynch
Up Next