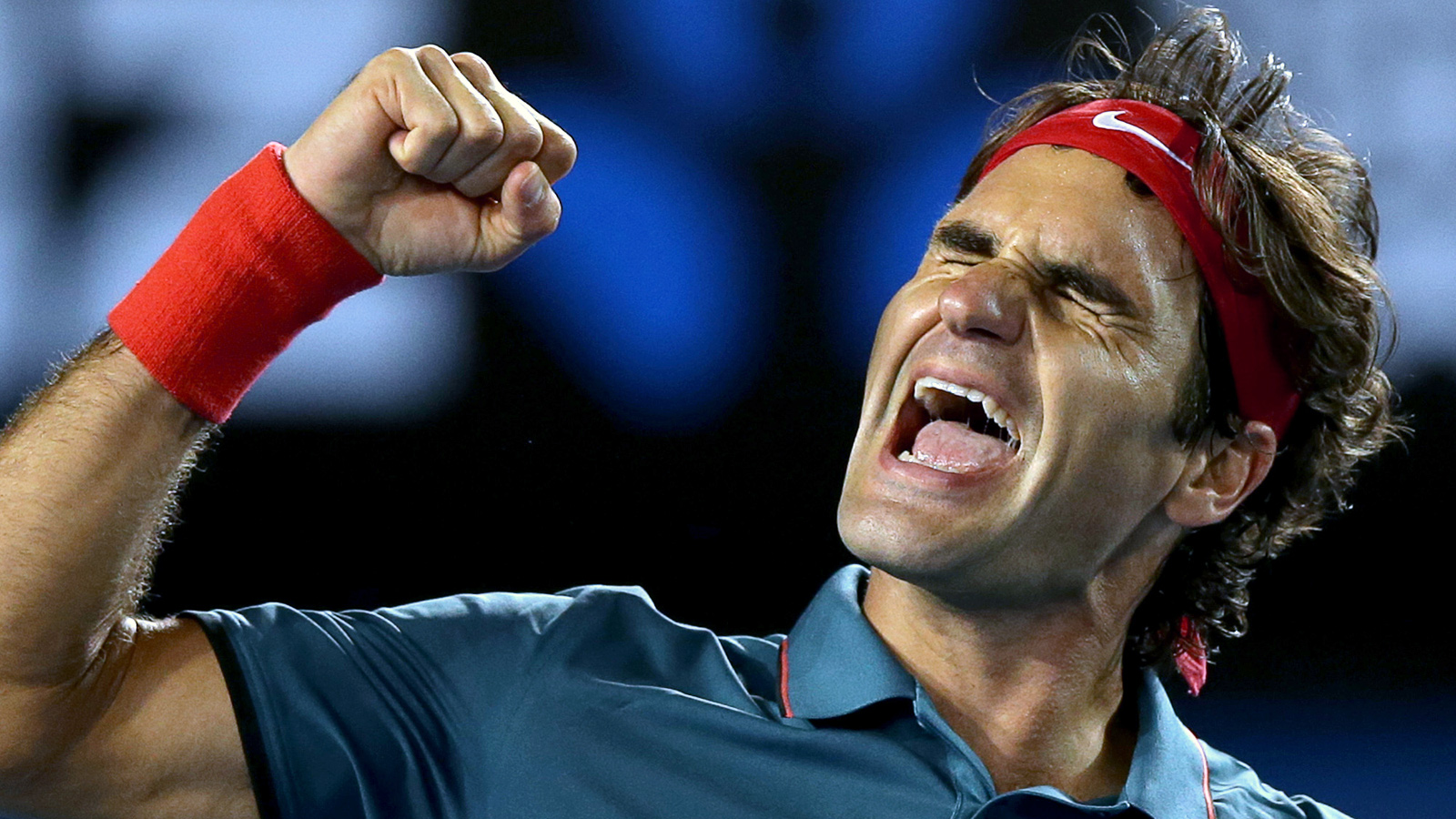 With eight Wimbledon titles to his name, Roger Federer is the undisputed king of SW19.

No male singles player has dominated as much on the surface as the Swiss maestro has. Roger Federer won five consecutive titles at Wimbledon from 2003-2007 and triumphed at the grasscourt Major again in 2009, 2012 and 2017.

Roger Federer has also finished as the runner-up at Wimbledon on four occasions, doing so in 2008, 2014, 2015 and 2019. The most recent such occasion – last year – witnessed the then 37-year-old squander multiple championship points on serve against Novak Djokovic before going down in a historic first-ever fifth set tiebreak.

The 20-time Grand Slam champion has a record 101 match wins and 13 losses from 21 consecutive appearances at Wimbledon starting in 1999. During this period, Roger Federer has won 77 matches in straight sets – which as a standalone tally is more than Novak Djokovic’s total match wins (75).

However, Roger Federer hasn’t always had it easy at his favorite Grand Slam tournament. Three of Roger Federer’s seven five-set wins at Wimbledon have been from two-set deficits, and out of Federer’s 17 four-set match wins at SW19, six came after he dropped the opening set.

The Swiss legend has made a record nine comebacks from two sets down at Grand Slams (10 overall), and is one of four active players to have done so at all four Majors. On that note, let’s take a look at Roger Federer’s five most epic comeback wins at Wimbledon.

Weeks after enduring a defeat to Lleyton Hewitt in the Halle final, Roger Federer’s uncharacteristic errors against unheralded Colombian Alejandro Falla in the Wimbledon first round looked set to derail his grasscourt season completely.

“I definitely got very lucky out there. For some reason, I wasn’t able to read his serve. That really rattled me. I had to look for that for a long time. Thank God I found it eventually. For me, it’s not normal to be down two sets to love, especially at Wimbledon, and early on in Grand Slams. My whole game was sort of in disarray.”

Falla was gracious in defeat despite admitting that nerves caught up with him at the most inopportune moment – when he served for the biggest victory of his career.

“I was thinking that I have a big opportunity to beat Federer here, I just doubted a little bit at that moment for the first two points, and then he played good points. But I am happy because I played a great match. Today is a special day for me in tennis, even if I lost that match. I can say I was serving for the match against Federer. Many players would like to be in that situation.”

Having failed to win a Slam for two and a half years, Roger Federer’s barren run looked set to continue when he fell behind by two sets against Julien Benneteau in the 2012 third round.

Benneteau said about the match:

“He’s like a rock. If your level is a little bit lower, he takes the opportunity. Every point against him, you cannot make a mistake. If you do not put the ball in the right place, you lose the point nearly every time.”

Roger Federer also acknowledged the magnitude of his win as he described the recovery from two sets down.

“When you’re down two-sets-to-love, stay calm. Obviously your friends and family are freaking out. You just play point for point. It sounds boring, but it’s the only thing to do… Tonight, it was special.”

For only the second time since his epic comeback against Alejandro Falla in the 2010 first round, Roger Federer found himself in a two-set deficit at Wimbledon. He dropped the opening two sets against big-serving Croat Marin Cilic in the 2016 quarterfinals, and seemed to be staring at near-certain defeat.

With the win, Roger Federer equaled Boris Becker and Aaron Kirkstein’s record of 10 comebacks from two sets down. The seven-time champion acknowledged his difficulties in the match when he said:

“I just remember being in trouble the whole time. Today was epic. Probably going to look back at this as being a great, great match I played in my career … To win a match like this, to test the body, to be out there again, fighting, being in a physical battle and winning. It’s an unbelievable feeling.”

In his first Wimbledon final in three years, Roger Federer made a slow start against local hope Andy Murray. Following an early exchange of serves, Federer dropped serve in the ninth game to lose the opener 4-6 and cede the early advantage to his opponent.

A tearful Murray said about his defeat to Federer:

“Everybody always talks about the pressure of playing at Wimbledon, but it’s not the people watching – they make it incredible. There are mixed emotions. Most of them are negative. The reaction from the crowd was great. I felt like I was playing for the nation and I couldn’t quite do it.”

In his seventh consecutive Wimbledon final, Roger Federer faced old rival Andy Roddick for the third time in a title match at the grasscourt Major. Having won the elusive Roland Garros title just weeks earlier to complete the coveted Career Grand Slam, Roger Federer was a win away from breaking a tie with Pete Sampras (14) for most Slam titles overall.

After the win, which returned Federer to the top of the world rankings, the Swiss remarked that the idea of breaking records was not the only thing that kept him motivated.

“It’s not one of those goals you set as a little boy but it’s been quite a career and quite a month. This is not why I’m playing tennis, to break records, and this doesn’t mean I’m going to stop playing tennis. I hope to come back for many years.”