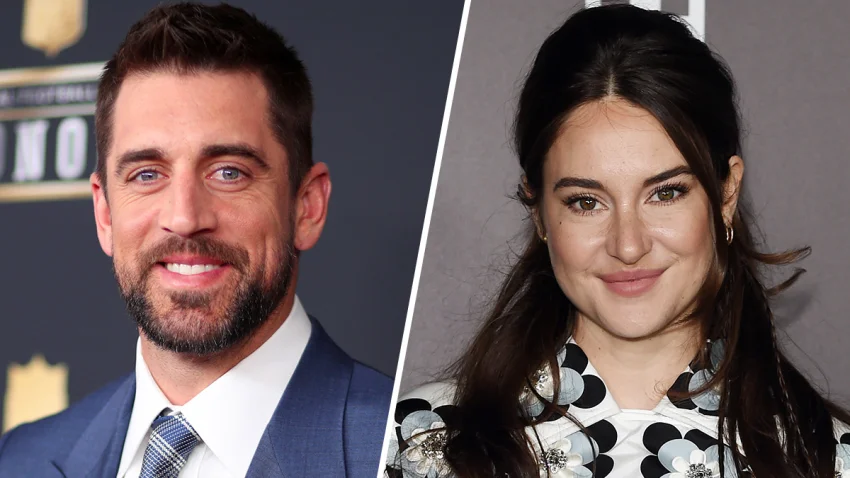 Shailene Woodley and Aaron Rodgers are no longer an item. The two had a whirlwind romance at the height of the pandemic and surprised all their fans when they revealed that they were engaged in February 2021, just weeks after the courtship was made public.

However, less than a year after they announced the engagement, reports say that they have already called it quits. “It was an amicable split; it just wasn’t working,” a source told People at the time. “They’re very different people with busy careers and there were obstacles that they couldn’t surmount.” They will remain friendly; there’s no bad blood and no drama. It just didn’t work out for them.”

Actor Woodley and top quarterback Rodgers, despite being two high-profile people, seem like they are from completely different social circles. According to People, their inner circle found the romance surprising. One source told the magazine, “It happened super fast.” But, despite their varied lives, Woodley says the two met thanks to mutual friends who work in the music industry.

Shailene Woodley and Aaron Rodgers met each other through friends.

As a Hollywood star and a top NFL quarterback, it’s hard to imagine that Shailene Woodley and Aaron Rodgers have a lot of time for casual dating. The couple found that the pandemic lockdown allowed them to slow down and connect.

In an interview with The Hollywood Reporter, Woodley said that she spent most of that time with Rodgers, and their time off gave them the opportunity to get to know each other. She also told the Hollywood Reporter that the two share friends in common. These unnamed friends, who Woodley described as “musicians,” introduced the pair.

Shailene Woodley and Aaron Rodgers will probably never get back together

After restrictions were lifted and the two resumed their busy schedules, Shailene Woodley and Aaron Rodgers ended up deciding to part ways. “They are two very different people,” a source told E! News. “They are both focused on their careers but it took them in separate directions. They remain supportive of one another and on good terms.”

The couple attempted to revive their relationship a few months after the split, but it didn’t work out in the end. “They fell hard and fast, but it was a mismatch from the start. Aaron’s a complicated guy. No one in their circle is surprised this didn’t work out,” another insider dished to People.

“In the bubble of the pandemic, it was easy for them to fall in love and focus only on their relationship but that’s not real life.” Sources also said that it was Rodgers who had wanted to give it another go, but Woodley just wasn’t on the same wavelength.

“He thinks Shailene is very special. She is more hesitant though,” they told the outlet. “Shailene felt everything was on Aaron’s terms and it wasn’t making her happy.”