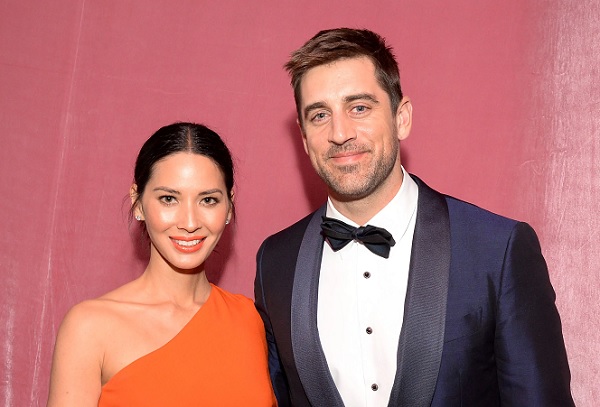 Green Bay Packers quarterback Aaron Rodgers has had a tough life off the football field and many relationships that ended prematurely.

The reigning league MVP’s ex-girlfriend Olivia Munn has since moved into a better position as she is in a relationship with comedian John Mulaney. While Munn was enjoying her time with Mulaney, Rodgers split with his current girlfriend, Shailene Woodley. The Packers QB first began dating Munn in 2014.

During her initial meeting with Rodgers, Munn was unaware of how popular he was in the NFL. They both were in a relationship for almost 3 years before they broke up in 2017. The main reason behind their split was never made public, and both have made thinly veiled comments.

She has commented about their relationship stating, “When you are living out a relationship in the public eye, it’s difficult. It has some extra constraints because you have other opinions about your relationship, how it affects your work, and, you know, just some inappropriate connections.”

But Munn has since been enthralling her fans online with Mulaney and their amazing relationship since May 2021.

While even Munn and Mulaney have had their troubles, they seem to be going strong with their relationship. On the other hand, Rodgers is reportedly trying to move on from Woodley. After failing in his attempt to save their relationship, it seems a split was inevitable.

The inability to find a balance between work and their relationship was probably their downfall.