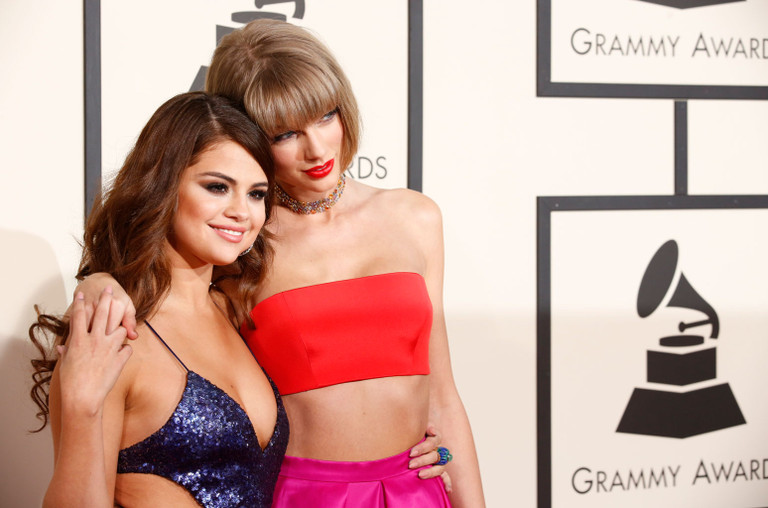 Selena Gomez got the Blinks buzzing all over social media when she confirmed her upcoming collaboration with Blackpink, but who should she work with next?

Her dinner pal Niall Horan already dished about being “ready when Sel is” regarding their collab, so maybe it’s time to finally deliver. But recently, the 28-year-old singer disclosed she’s ready to work with her BFF Taylor Swift already.

“I’ve always dreamt of doing a song with Taylor. We both wanted to do that,” she said while crashing a game of Animal Crossing: New Horizons on Aug. 5 with “Past Life” remix partner Trevor Daniel. “Everything remains in our friendship. It just feels like we’re family. I’ve known her for 13 or 14 years now. She’s been my best friend. But, we’ve talked about it for sure.”

Billie Eilish would be honored to work with the artist who inspired her career-first Billboard Hot 100 No. 1 song “bad guy.” In a Tonight Show Starring Jimmy Fallon segment back in January, the late-night talk-show host told Gomez that the 18-year-old singer-songwriter channeled the magic from the Wizards of Waverly Place theme song “Everything Is Not As It Seems” into her own hit. “I love Billie!” she told Fallon when finding out the fun fact. “That’s so cool!”

But Eilish isn’t the only one leaving Easter eggs in her art. BTS’ ARMY noticed that the “Lose You To Love Me” hitmaker included Jin and Jungkook’s Mattel dolls in the doll version of her “Boyfriend” music video back in April. Maybe it’s time Gomez preps another K-pop collab!

So who should Gomez record a hit collab with next? Vote below! 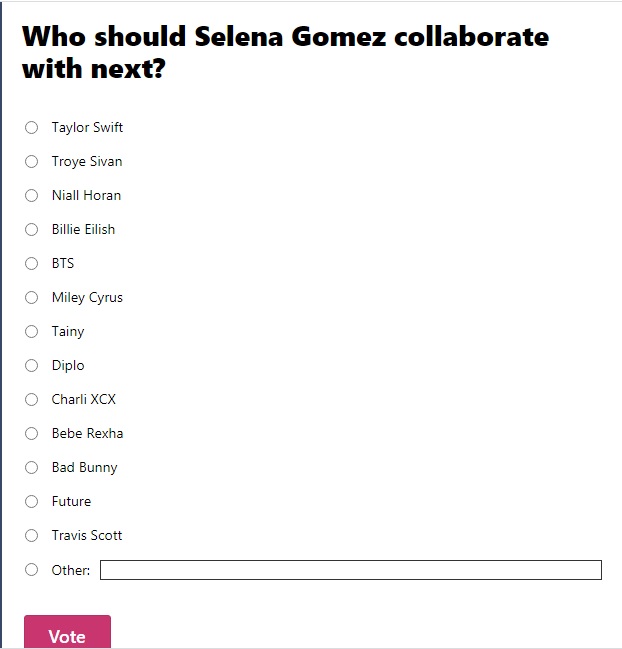 Related Topics:Selena Gomez
Up Next