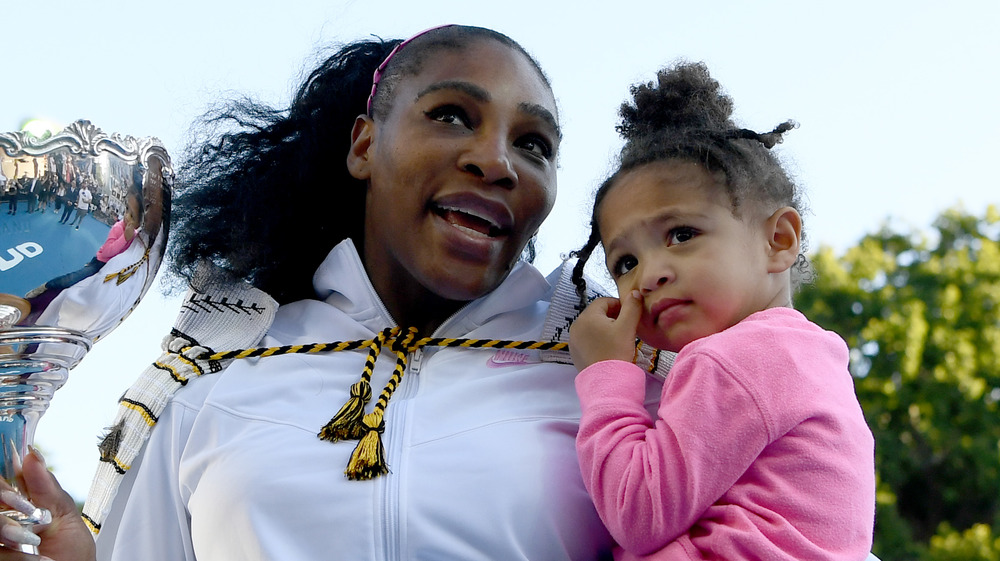 Serena Williams’ daughter is one lucky girl! Aside from being the daughter of a worldwide tennis champion and arguably the greatest athlete on earth, Williams’ daughter Alexis Olympia Ohanian Jr. can even get tennis lessons from her mom… or can she?

Serena Williams shared countless ridiculously cute photos of her mommy-daughter time with her daughter Alexis Olympia Ohanian Jr. after the world went into quarantine for COVID-19. The duo spent lots of time on the tennis court, which Williams revealed is because tennis is a sport you can play while social distancing.

So when Serena Williams took to Instagram to share an adorable mommy-daughter tennis photo wearing matching purple outfits with Olympia, fans thought for sure a mini Grand Slam winner was in the making.

In an appearance on the Kelly Clarkson Show, Williams revealed her daughter had indeed “started tennis and she loves it” — but the champion athlete hired someone else to teach her daughter the name of the game. Here’s why.

However, the athlete admitted to Kelly Clarkson she doesn’t personally teach her daughter tennis. “I have no patience, if you can’t hit the ball I can’t hit with you,” said Williams.

Instead, Williams hired a tennis coach through an app, without mentioning the trainer would be teaching a champion tennis player’s daughter.

As she shared with Clarkson, she had hoped to make a surprise appearance at Olympia’s lesson, but her fame kind of ruined the plan.