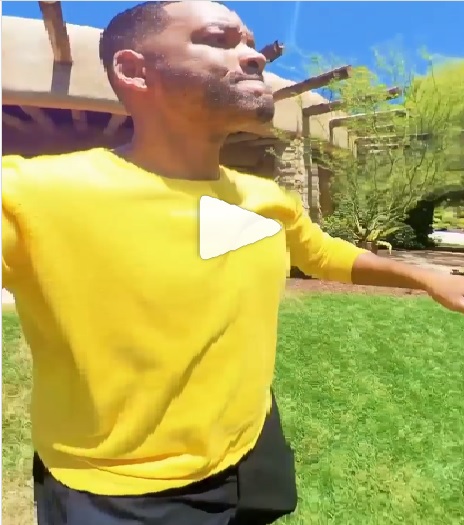 Will Smith has just released a video that is turning heads and causing viewers around the world to universally admit they want to play with themselves.

The 51-year-old has become inseparable from the embodiment of celebrity stardom. His movie image and music presence have only been trumped by his recent rise to notoriety after his wife Jada Pinkett Smith had what she confirmed as an “entanglement” with August Alsina.

The “Men in Black” actor seems to be taking the affair pretty well, as his latest video shows
In the clip, the “Gettin’ Jiggy Wit It” singer is wearing a bright yellow T-shirt in his gorgeous backyard of what appears to be his Los Angeles, CA residence.

Since I’ve been in quarantine, I’ve been playing with myself. Wait… No… that didn’t come out right! 📹 @westbrook @iamjesserichards

Freshly shaved with a near buzz-cut hairstyle and looking good all around, Smith shows off one of the coolest “games” in his video.

It’s still unclear what Smith throws in the clip, but many speculate it’s either a boomerang or a drone considering the way it flies around and lands perfectly back in his hand. 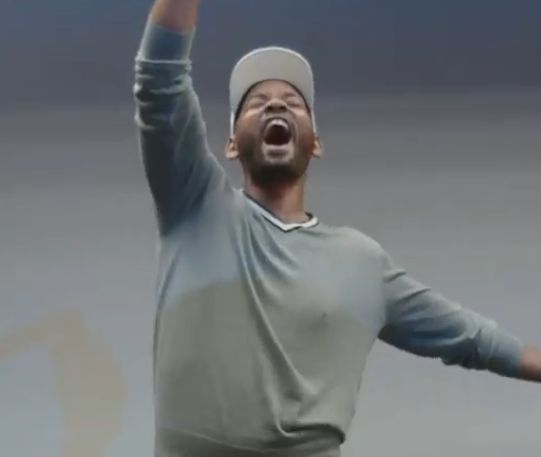 He captioned that post saying “Since I’ve been in quarantine, I’ve been playing with myself. Wait… No… that didn’t come out right!”

As if on cue, Smith posted another video just over 24 hours ago which shows him being thrown a basketball.

But instead of immediately catching it, he proceeds to spray it with disinfectant and puts on a lower face mask before then grabbing the basketball… which had been suspended mid-air the whole time.

The “Bad Boys” star fittingly and comically captioned the post saying “All y’all in the bubble… stay safe! Make sure you clean your balls.⁣ Ah d–n, that didn’t come out right.⁣”

All y’all in the bubble… stay safe! Make sure you clean your balls.⁣ ⁣ Ah damn, that didn’t come out right⁣ ⁣ 📹: @westbrook @iamjesserichards

Throughout the pandemic, the actor has remained active on social media and fans love it! Many have applauded his creativity. Especially with so many people stuck at home just looking for a good laugh watching one of their favorite social media influencers and movie stars.

Here’s to playing with ourselves while in quarantine like Will Smith…wait a minute.

Related Topics:Will Smith
Up Next