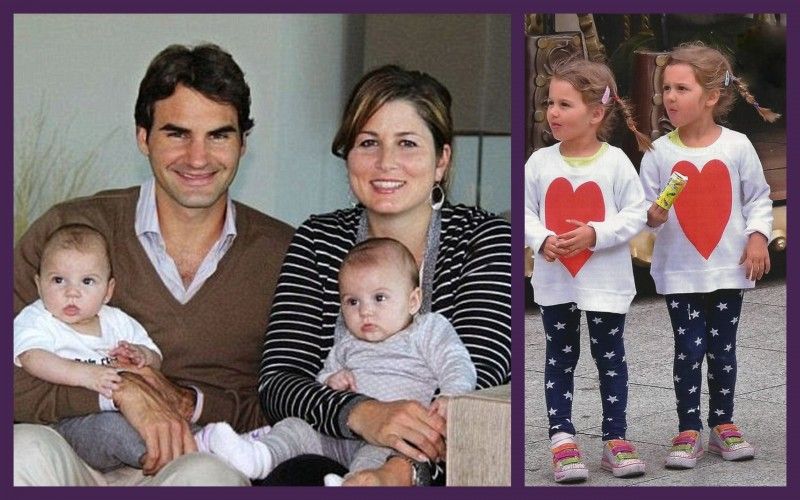 Roger Federer has not one, but two sets of twins, which understandably gets really confusing some times.

The tennis ace admitted to on Vogue’s 73 Questions that he used to have nightmares trying to tell his twins apart. Roger admitted he would sometimes get them mixed up: ‘I used to sometimes if I couldn’t see their face right away. ‘But no, nowadays I’m a pro. Of course, I can tell them apart.’

We can’t imagine how hard it is to juggle four kids (especially as both the boys and the girls look alike) as well as being one of the world’s best tennis players, but Roger credits his kids with teaching him to slow down. When asked what he’s learned from being a parent, he revealed: ‘patience and snuggling again’. N’aww.

He added that he wants to teach them ‘everything I know and more’, and admits all of his children already play tennis – so there could be a few more Federers at Wimbledon in the future.

Roger, who’s currently not competing, started the sport at eight years old, so it looks like his kids are already getting a head start on their dad by taking up tennis even earlier.