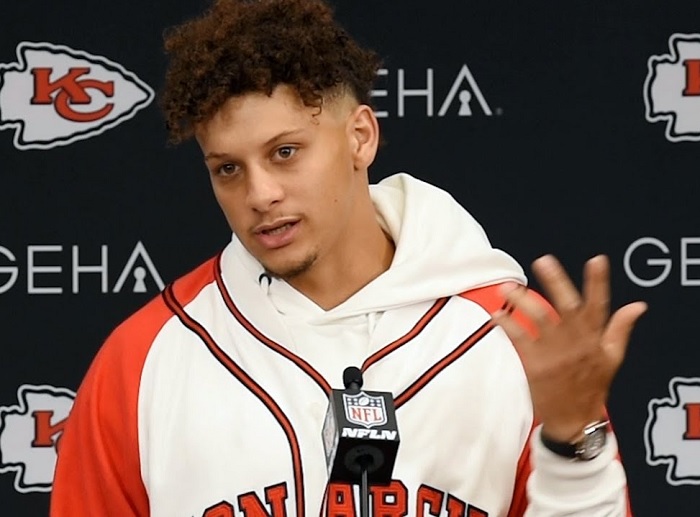 The two-time defending AFC champions still have a chance to claim the top spot and a first-round playoff bye. But it will require defeating the Broncos on Saturday afternoon and the Titans falling to the Texans on Sunday. With how well Tennessee has played as of late, that’s improbable.

But in his Tuesday press conference, Chiefs quarterback Patrick Mahomes said his teammates have responded well to the club’s situation. “Yeah, I think guys are ready to go,” Mahomes said.

“We understand that we can still go out there and do whatever we want to do, it’s just going to take us being better and better each and every week. We know it’s still going to be a tough game this week in the Broncos, playing in Denver. It’s always a tough game so we’re just going to focus on trying to win this week, and we’ll let the playoffs handle itself.”

Mahomes is 8-0 against the Broncos as a starter, including his first start at the end of the 2017 season when the Chiefs had already clinched the division. But the quarterback said those wins haven’t all come easy. “We’ve been successful as far as winning games, but they’re always hard-fought battles,” Mahomes said.

“That defense, I mean they’ve got playmakers everywhere and they run a great scheme, they have a great defensive coordinator, great defensive head coach and they have [a] good feel for playing against us since we play so much. … We’ve found ways to win games at the end of games a lot of the times here, but we always know it’s going to be a great challenge for us.”

‘Refs Do Not Want Us to Win’: Patrick Mahomes’ Fiancee Once Again Slams NFL Officials After Chiefs Lose to Bengals

Vanessa Bryant Daughters, Bianka And Capri Learn How to Ski And Snowboard in Latest Post by Their Mother