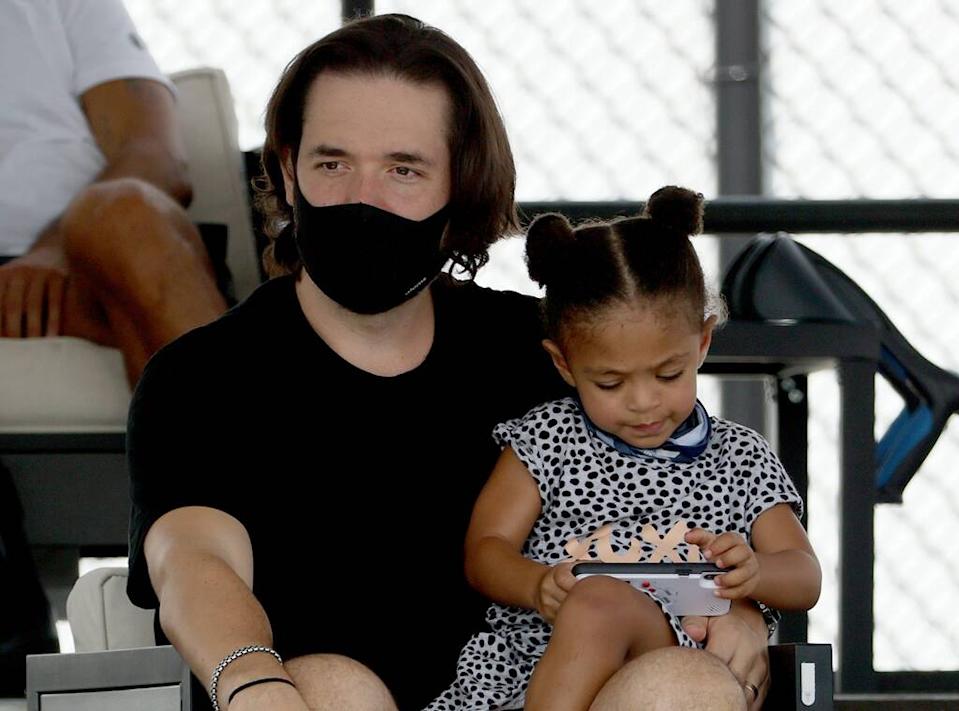 Serena Williams and Alexis Ohanian share a really special and cute bond with their daughter, Olympia. Both of them often take out some time to have fun with her and just love to spend some quality time with the 3-year-old. Interestingly, they also post all these activities of Olympia on their social media handles as well.

Recently, Serena Williams‘ husband, Alexis Ohanian, shared some stories featuring Olympia on his Instagram handle. In them, one can see that Olympia is playing with the doll of Alexis and herself. She can be seen putting different clothes and footwear on her father’s doll.

“No that is not fair,” reacted Alexis as he saw two different footwear on his doll and then suddenly noticed something. “Why are papa’s pants so low? Gotta pull up papa’s pants and what’s up with the shoes?” he added.

Actually, Olympia had designed her father’s doll in such a way that it was wearing a flip-flop on its left leg while a shoe on its right. Even though Alexis didn’t like the combination, he clearly liked the flip-flop.

“I actually, kind of, liked the flip-flops. I need some white socks though, to wear with my flip-flops,” joked Alexis in the story.

“You’re too young to be wearing heels”- Serena Williams’ husband to Olympia
Intriguingly, Olympia tried to experiment with her own doll too by putting different footwear on her. She even put up a heel on her and then started laughing which caught Alexis’ attention.

She quickly changed it afterward and said, “Look I’m wearing your shoe.” Alexis was quite surprised to see this and exclaimed, “Oh! You’re wearing my show. Well, that doesn’t make any sense. Give me my shoe back.”

The father and daughter surely enjoy the company of each other. It is because of this reason that Alexis likes to post about every moment that he spends with Olympia.

Mouratoglou on Serena Williams’ chances of retirement after Wimbledon