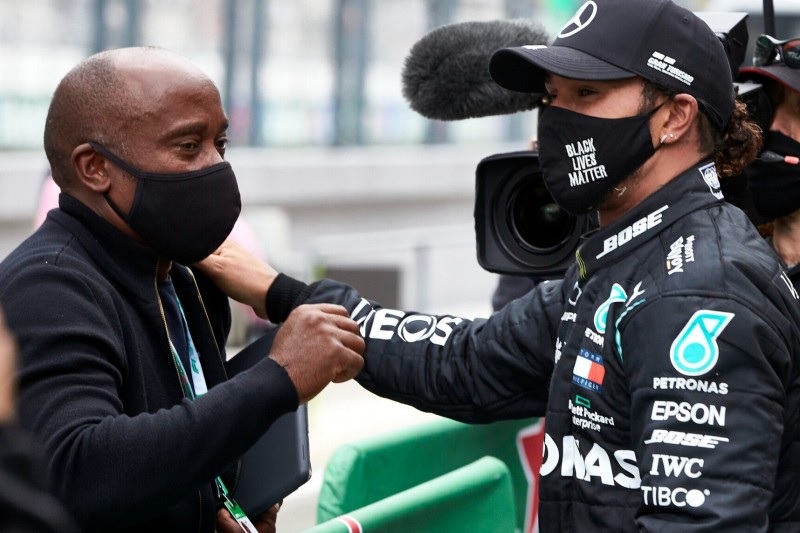 Formula One is one of the most expensive sports in the entire world, with most of the drivers arriving from a rather privileged background. Consequently, the odds of someone hailing from a financially struggling family making it to the sport are very low. But, then arrived Lewis Hamilton, who broke the money barrier.

The Briton marched his way into the sport with massive backing from McLaren. But, one might wonder, does McLaren deserve most of the credits for Hamilton’s astonishing career? Well, no! Above all the backers that Hamilton cherished over the years stood his own father, Anthony Hamilton.

There are several claims that Anthony had worked extremely hard to cover all the expenses that tagged along with his son’s motorsport career. Well, they are indeed true. In fact, Anthony worked four different jobs until the point where Hamilton began to get a hang of racing.

Well, according to reports, the senior Briton was working as an IT manager. But, he had to quit his job and become a contractor to earn more money just so he could keep his son active on the racing track. Apart from those, he also did other separate jobs, which remain unknown.

“We came from nothing, and I didn’t have anyone telling me to do this or do that, I had to learn myself,” he said according to SilverArrows.net. “But one thing I knew was that you’ve just got to be positive and believe in yourself. Sometimes people use that term ‘believe in yourself’ flippantly, but the reality is you have got to believe.”

It indeed has been a glorious career for Hamilton. And the fact that he managed to accomplish it despite frequently being obstructed with hurdles makes it even better.

Related Topics:Anthony Hamilton
Up Next