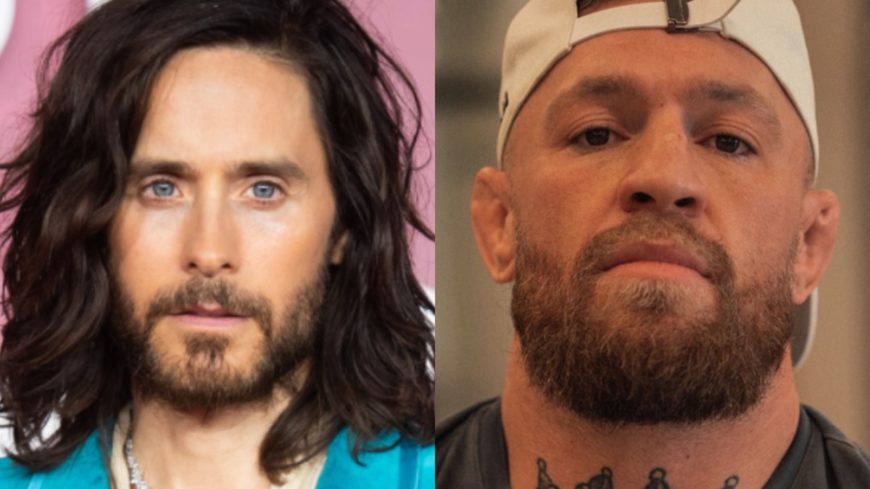 There is no doubt that Conor McGregor is the biggest name in the history of mixed martial arts. He was at the forefront of the UFC becoming the large global entity that it is today.

McGregor broke record after record and drove the sport’s popularity through the roof. The career graph of ‘The Notorious’ is nothing short of a movie script and it’s just a matter of time before someone eventually makes one.

Oscar-winning actor Jared Leto shared his desire to play the iconic fighter’s role. He said, “If we do the UFC movie…I mean, look if I was younger, I’d play Conor [McGregor]… I got the beard. What Conor does and what these guys and gals do is just extraordinary… I’m too old to do Conor, probably, but you never know. We could maybe use some CGI.”

Well, Leto might be 50, but he sure doesn’t look his age. Although, as an alternative, he was interested in playing another part, if not McGregor.

“Maybe I can play Dana White,” he proposed.

Conor McGregor reacted to this and invited Jared Leto over to practice his part with the man himself.

“Jared Leto, I invite you to come and practice the part with me! @jaredleto“

Conor McGregor has gone beyond the sport and created a separate identity for himself. Indeed, ‘The Notorious’ is an iconic fighter and a legend of the game. However, he is also famous for his various enterprises, his charismatic identity, and his luxurious lifestyle.

‘Salt Bae’ hosts Conor McGregor
‘The Notorious’ McGregor once visited Dubai and feasted on a $1,000 worth steak dish at the restaurant of the world-renowned chef, Nusret Gökçe, famously known as ‘Salt Bae’.

McGregor enjoyed the steak and also spent time with the chef, who became an internet sensation for his unique style and for hosting many celebrities and athletes from around the world. The $1,000 steak, coated with real gold, was one of the most expensive items offered on the menu. However, such a sum is nothing more than pocket change for the $200 million worth Irish MMA star.

Conor McGregor, Worth $200 Million, Got Inspired by Mike Tyson’s White Tiger Purchase to Thirst for an Unbelievable Purchase of His Own