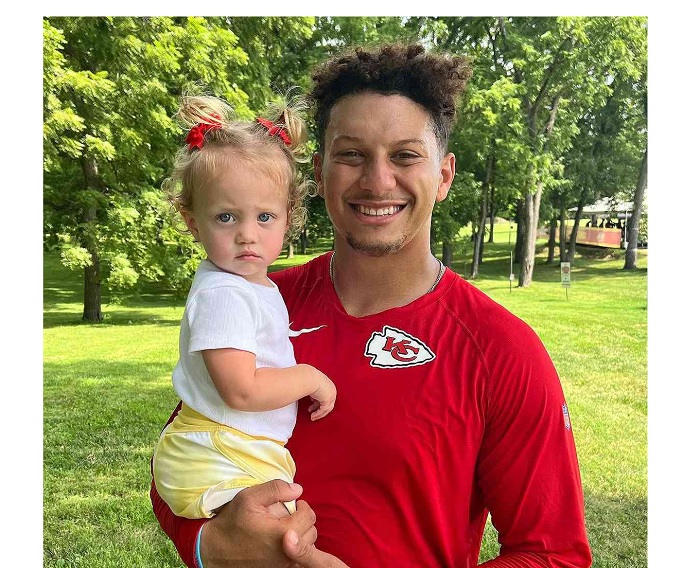 Mahomes decide to take his daughter, Sterling to work as he begins his journey to full fitness before the game against Bengals. Mahomes’ wife, Brittany shared a photo of Sterling watching her dad and his teammates train.

Reid announced Patrick Mahomes’ status for the AFC title game at his customary Zoom news conference. ‘He told you guys — he said it to you,’ he added regarding Mahomes. ‘That’s his mindset — and then we’ll just take it day by day and see how he goes,’ says the doctor.

Mahomes has already been forced to play through pain, having sustained the same injury in the opening week of the 2019 season, but coach Reid maintains it isn’t that terrible. ‘I don’t believe this one is as horrible as that one, but they’re close,’ Reid remarked. ‘Sore, but not quite the same.’

Kansas City has now reached the AFC championship game for the fifth consecutive season, and a win over the Bengals will take them to their third Super Bowl in four years.