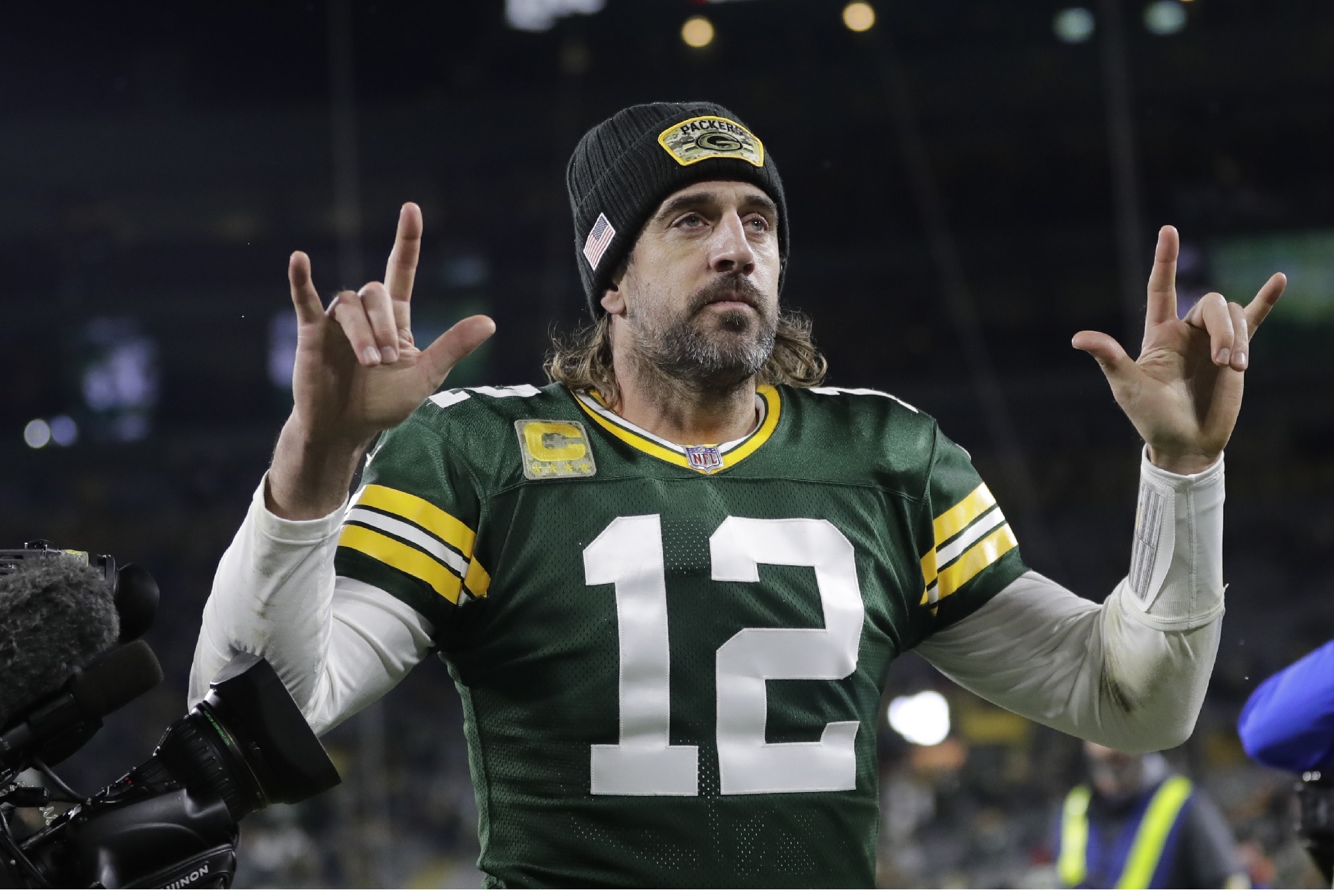 NFL franchise Green Bay Packers QB Aaron Rodgers once again kept the retirement rumor mill running. During his appearance on the Pat McAfee Show, the reigning league MVP was in a introspective mood about career and life beyond the field.

He does appear while speaking as the fiery competitor that NFL fans have come to know and love. Both McAfee and Rodgers have talked with each other on the show before and this instance was just the same, if not more interesting.

Rodgers speaks highly of his time with the Packers and the memories they created together. He comments on his career, saying, “I’ve given a lot of my life to this game and at some point the ride stops and you gotta get off.”

The veteran QB refuses to brush away on his retirement plans and reiterates that his focus is strictly on their season.

He addresses the news that the Packers want to rest him against the Lions in week 18. He clearly states, “The plan is to play on Sunday. I’m a believer in momentum & I think it’s important for us to keep that momentum going.”

Rodgers is a player who is as measured a football player as they come. While talking about his arrival in Green Bay, he describes exploring and discovering the area. The effort that he put into being a Packer is an old school mentality that some players do not display.

The willingness to play through anything for a franchise that depends on them is reminiscent of dominant players across American sports. Michael Jordan, Kobe Bryant, Emmitt Smith and Donovan McNabb all displayed such an attitude.

Rodgers will look at this season as the perfect way for him to go out. He will look to capture his second Super Bowl title at Super Bowl LVI, but will need his entire arsenal for his last flourish.

Related Topics:Aaron Rodger
Up Next