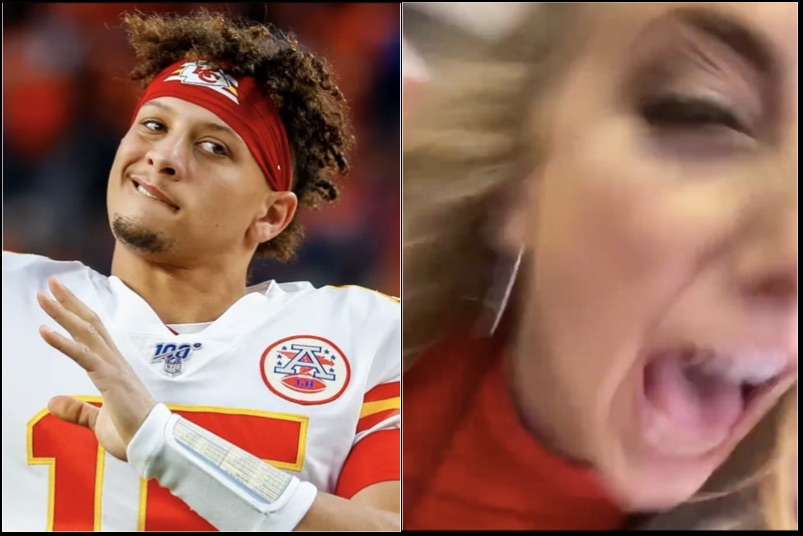 Patrick Mahomes and the Kansas City Chiefs took on the Cincinnati Bengals on Sunday. This Week 17 fixture took an unexpected turn. Kansas City was the favorite to win the game. But the Bengals walked away with the win.

The Chiefs’ fans were not pleased with the results. But no one was as fierce as Patrick Mahomes’ fiance, Brittany Matthews. Brittany once again laid the SmackDown on the officials on her Twitter.

The REFs DO NOT want us to win

She straight-up believes that the Kansas City Chiefs “Got screwed” by the refs and claims, “The REFs DO NOT want us to win.”

The Chiefs and the Bengals Week 17 game

With a score of 34-31, the Cincinnati Bengals defeated the Kansas City Chiefs. Unless, of course, you’re a Chiefs fan, that was a fun game of football. Throughout the game, the Refs penalized Kansas City 10 times for 83 yards. L’Jarius Sneed, the cornerback, was called for a penalty in the last minutes of the game.

During the fourth down, they flagged him for illegal use of hands. Cincinnati now has a fresh set of downs. They took advantage of the opportunity to take it home. For the Bengals, rookie Evan McPherson kicked the game-winning field goal.

After the game, the reporters asked the Chiefs’ head coach, Andy Reid, about the penalties. He said, “I’d like to comment on each one, but I don’t want to be fined.” According to the Chiefs, most of those calls were bogus.

This defeat broke the Chiefs’ eight-game winning streak. Despite the efforts of Patrick Mahomes, they could not keep the streak alive.

After the loss to the Bangles, she took to Twitter. Matthews released a series of tweets aimed at the officials. She tweeted things like, “The REFs DO NOT want us to win,” “We just basically got screwed, that’s all.” “Like how many more times y’all want us to stop them on the 1yd line.” And “TOTAL BS.”

Regardless of how Patrick Mahomes performed, Brittany Matthews clearly had her words locked and loaded towards the referees. Do you agree with her?

“Yeah, I Think The Guys Are Ready to go,”: Patrick Mahomes Opens up on Upcoming Game Against Broncos