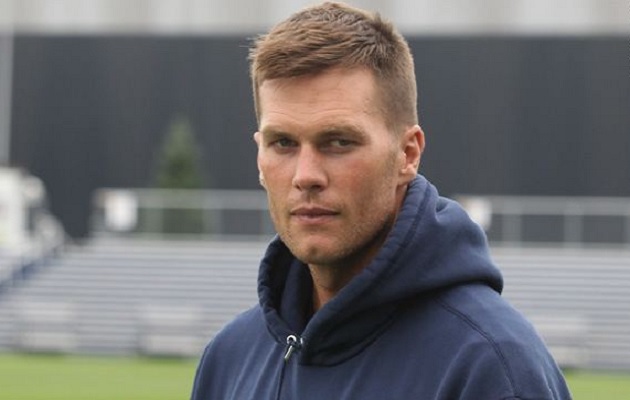 Tom Brady had an empathetic approach to the Antonio Brown episode since day one. And now, in his recent appearance on the ‘Let’s Go! podcast with Larry Fitzgerald and Jim Gray’, Tom Brady revealed his views and opinions as to why he thinks so when almost the entire world is against the veteran receiver.

Brady opened up about a very less talked about narrative in the world of sports and that is the mental health of athletes. Brady started off by giving the examples of former Miami Dolphins’ Ricky Williams, and Atlanta Falcons rookie Calvin Ridley among those players who have stepped away from the world of sports just to focus more on their mental health.

And with that being said, Brady conveys how much necessary it is to understand others from their point of view. He wants people to know that nobody knows what is exactly happening on the inside. “I don’t think anyone is living in anyone else’s shoes. You don’t necessarily know what other people are going through,” Brady said.

Furthermore, the Tampa Bay quarterback shared a wise notion from his dad which goes, “the best we can do is with the opportunities that are presented to us.” To which the 44-year-old implied, “whatever that means for different people, whether it’s on the field or off the field, family life or professional life.

Brady on the unhealthy side of the sports industry
These are certainly some words of wisdom from the quarterback. And obviously, with such wise words, it clearly shows how experienced the player is both on and off the field. It should be known that “there is humanity to everything we are doing out there,” said Brady.

Colin Kaepernick (@Kaepernick7) on @Simone_Biles: “Her influence extends far beyond the realm of sports and shows us that another world—a better world—is possible when we speak our truths with integrity and authenticity” #TIMEPOY https://t.co/QtMoPKPyWo pic.twitter.com/wjQcIRaz1w

Furthermore, the quarterback also recognized the efforts of Simone Biles for having enough courage to step away from the Tokyo Olympics 2020. Her bold move put to light that there is more to the world of sport than what meets the eye. And that the athletes are more than just “robots” performing on the field.

With that being said, it should become an integral part of sports to prioritize and act upon the worsening mental health of athletes. And help prevent players from going into an unhealthy state of mind where they cannot deal with the absolute mayhem that goes out there.

‘Refs Do Not Want Us to Win’: Patrick Mahomes’ Fiancee Once Again Slams NFL Officials After Chiefs Lose to Bengals