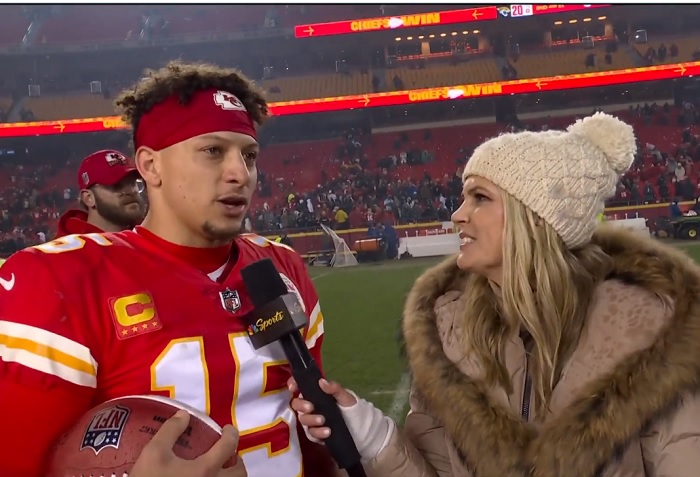 With Patrick Mahomes out with a right ankle injury towards the end of the first quarter, the Kansas City Chiefs turned to their seasoned backup quarterback. After a spectacular punt from Jacksonville’s punter Logan Cooke, the Chiefs took over possession.

The seasoned quarterback, on the other hand, was up to the task. Henne led the Chiefs on a 12-play, 98-yard drive that ended with a touchdown ball to tight end Travis Kelce. With the Chiefs facing a second-and-goal situation at the Jacksonville 1-yard line, the coaching staff devised a flawless pick play.

On Saturday afternoon, Chad Henne certainly didn’t expect to hear his name screamed or sung by Arrowhead Stadium supporters, but following the touchdown, some fans did.

Chiefs won the game 27-20 and Chad Henne has received two tributes from Travis Kelce and Patrick Mahomes during an interview after the game. Kelce promised to give the game ball to Henne “This ball goes to Chad Henne!”.

Mahomes also has some amazing words for the veteran. Mahomes said “He’s been in the building every single day, he has made me so much of a better quarterback the way he teaches me…, He stepped up and drove a 98-yard touchdown which ended up making a difference in the game”.

“This ball goes to Chad Henne!”

Travis Kelce and Patrick Mahomes shout-out the #ChiefsKingdom QB who stepped up BIG for the Chiefs. pic.twitter.com/lX1VuiwIWf