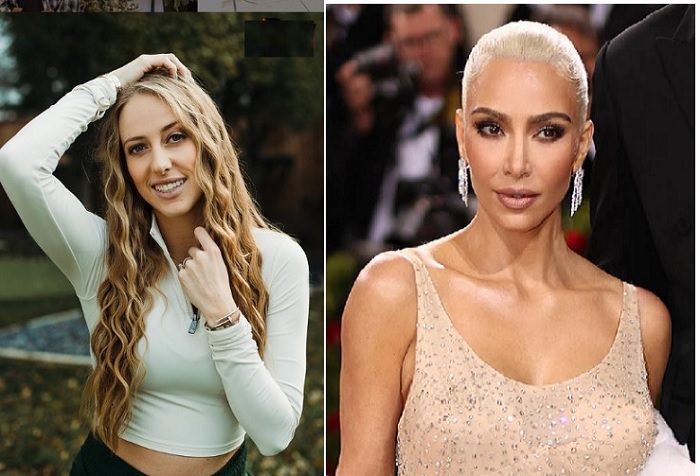 Kim Kardashian and Pete Davidson recently made their first red carpet debut as a couple. The two attended the White House Correspondents’ Association dinner together on Saturday in Washington, D.C.

The SNL actor Davidson joined his reality star girlfriend for a dinner at the White House that celebrated the works of journalists and the media.

While, the 28-year-old Davidson was seen donning a black suit with matching sunglasses, and a skinny tie along with Vans, Kim dressed up in a way that could make the entire Hollywood go head over heels. She stunned the event with a form-fitted silver Balenciaga Couture gown.

Her dress was so glamorous that it even caught the eyes of Brittany Matthews. Matthews, who recently got married to her long-time beau Kansas City Chiefs QB Patrick Mahomes had her moment of a lifetime in Hawaii. She turned heads with her absolutely gorgeous wedding dress, which was designed by Versace.

However, Kim’s dress even drew Brittany towards her. In her Instagram story, Matthews mentioned the 41-year-old and wrote, “Can someone tell @KimKardashian I would like to borrow this dress.”

Clearly, the dress stole the spotlight of the event.

Pete Davidson and Kim turning heads in the White House

However, the highlight of the event was the star couple, Pete and Kim. They held hands as they walked past a pool of stern-faced entourage and into the crowded ballroom. It can clearly be said that Kim was the star of the show.