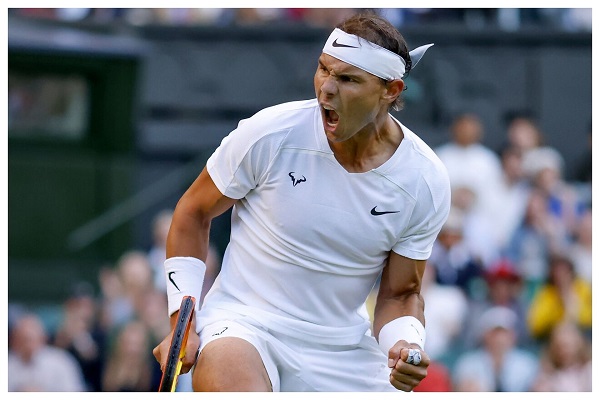 Due to the abdominal strain that forced him to withdraw from Wimbledon before the semifinals, Rafael Nadal withdrew from the forthcoming hard-court tournament in Montreal on Friday. When the Spaniard thought the ailment was too much at Wimbledon,

he had been 19-0 in Grand Slam matches this year. He achieved a men’s record 22 major victories by winning the Australian Open and the French Open, one more than Novak Djokovic and two more than Roger Federer. Nadal has won five titles in Montreal.

“I started practicing serves four days ago after practicing without serving for a long. The situation has been excellent. But after my usual practice yesterday, I felt a little discomfort in my abdomen, and it was still there today, Nadal stated in a statement.

“After consulting with my doctor, we prefer to go cautiously and give things a few more days.” In the draw, Mackenzie McDonald of America will take Nadal’s place.

Djokovic withdrew from the Montreal event on Thursday because he is ineligible to enter Canada because he is not immunized against COVID-19.