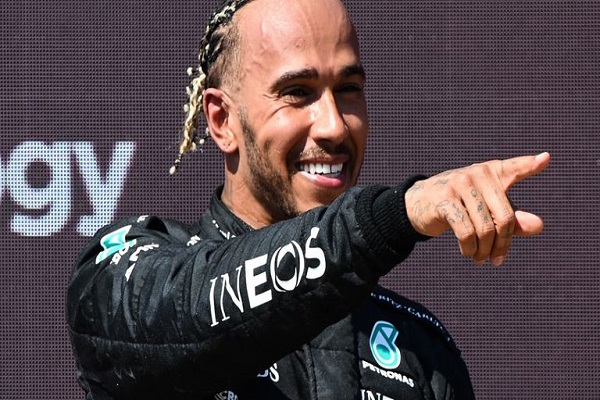 The former US Secretary of State Condoleezza Rice joined the Broncos’ ownership last month, and the Mercedes F1 driver is the most recent to do so. In a deal allegedly worth $4.65 billion, a record for an American sports club, the Broncos and the

Walton-Penner family, headed by Walmart heir Rob Walton, signed into a buy and sale agreement for the takeover of the team in June. Walton issued a statement that read: “We are thrilled to have Sir Lewis Hamilton join our ownership group as a seven-time Formula 1 world champion.

“He is a fervent supporter of equality for all people, especially in his own sport, and a champion competitor who understands what it takes to coach a successful team. “Lewis is regarded as the most successful F1 driver of all time with more over 100 race victories.

The ownership group and the Broncos organization will benefit from his tenacious character and high standards.” The relocation, according to Hamilton, is an honor. He tweeted a picture of his dog sporting Broncos attire with the words, “Excited to join an awesome group of owners and become a part of the Broncos story.”

“I am honored to work with a top-notch team and to set a good example for more diverse leadership in all sports. Already, Roscoe believes he made the team.” Hamilton was also welcomed by the Broncos’ franchise quarterback Russell Wilson, who moved to Denver from the Seattle Seahawks earlier this year.

“Congrats @LewisHamilton. Winning is a Habit! #LetsRide,” Wilson tweeted in a message.