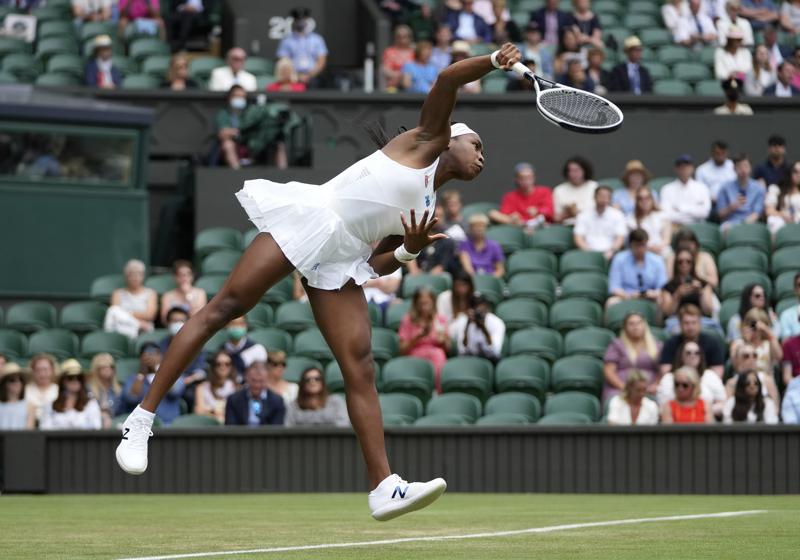 America’s uprising tennis star, Coco Gauff, has recently made the headlines at the 2021 Wimbledon Championship. The 17-year-old aced her way to the fourth round of the tournament, courtesy of some brilliant tennis. With Impeccable form and fine touch, Coco began garnering centre attention at the competition. However, her dream run came to an end yesterday, at the hands of the German star, Angelique Kerber.

Bowing out in style, Coco acclaimed yet another record to her name. In her final match, Coco showed an epic display of fight and character; In fact, she recorded the fastest serve of the tournament at 201,1 km/h, the only woman to exceed 200 km/h. However, against her resilience and never give up attitude, the young American fell victim to Kerber’s experience.

At just 17, the young American ran a riot on the court in all three of her outings. Against some of the most experienced entities, Coco reigned dominance on the court, beating each of her opponents in straight sets. However, in spite of all efforts and odds, she couldn’t make it past Kerber who used her knowledge to her advantage and got the better of Coco.

Coco’s journey to the top has been attentively followed by world media, and rightly so. The American walked into the Wimbledon Championship on the back of an incredible outing at the Roland Garros 2021. Knocking on the doors of history books, Coco was just one game away from adding three new records to her name. However, with luck not on her side, Coco was once again eliminated in the fourth round of the competition.

“The Losses Are Part Of The Plan”: Roger Federer Reveals Wimbledon 2021 Strategy.