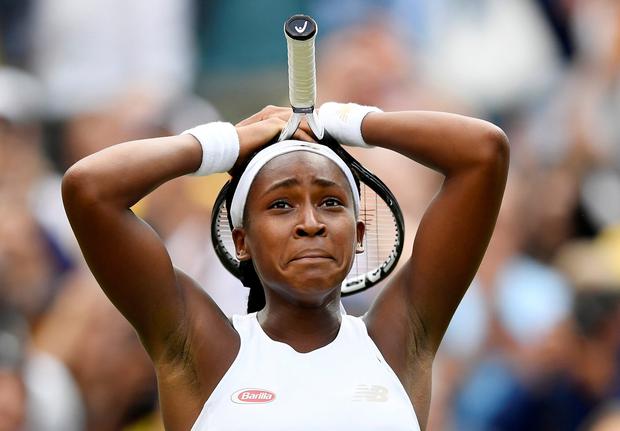 In one of several unfortunate instances surrounding the tennis event at Tokyo Olympics, young American tennis star Coco Gauff announced her withdrawal from the event moments ago after testing positive for COVID-19.

Ahead of Tokyo Olympics, there have been scores of withdrawals from players owing to several fitness issues. Likes of Roger Federer, Rafael Nadal, Dominic Thiem, Serena Williams, and others have already pulled out of the tournament.

“I am so disappointed to share the news that I have tested positive for COVID and won’t be able to play in the Olympic games in Tokyo”, tweeted the American.

Gauff is one of the very few withdrawals on the women’s side. It’s unfortunate to see a young player having to pull out of an event due to COVID-19.

But, a talent like Gauff will surely get more chances to represent America at the Olympics. Having attained stardom by defeating Venus Williams at Wimbledon 2019, the American teenager has showed steady improvement in her performance over the years.

ROGER FEDERER: His Rise. HIis Reign. His Great Fall And The Big Comeback.

Venus Williams Has Something To Say About Naomi Osaka