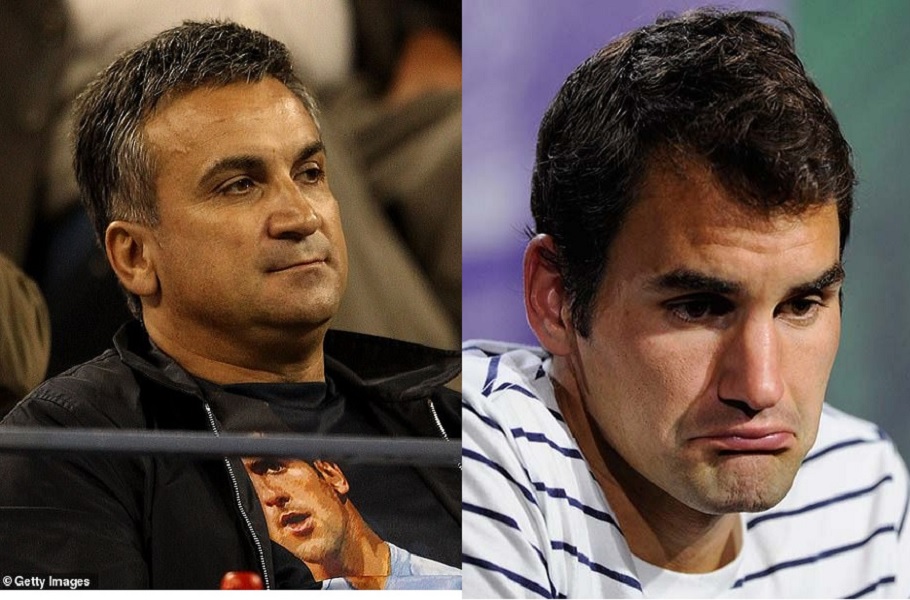 Serbian tennis icon Novak Djokovic had rowed against the tide and outpowered two of his most celebrated opponents – Roger Federer and Rafael Nadal, to climb to the top of ATP rankings.
In-fact, Djokovic is well-positioned to overtake Nadal and Federer in terms of Grand Slam titles.

Novak’s father Srdjan Djokovic has always been vocal about praising his son and a constant believer in his abilities to reach the top. But, while praising Djokovic and his journey, Srdjan had often criticized Federer and Nadal for how they treated Novak.

There was a time when Federer shushed Djokovic’s family during their duel at Monte Carlo Masters in 2008. The Swiss star looked distracted by Djokovic’s camp as he directed a serious ‘keep quiet’ comment at them.

More than Nadal, Federer always faced the brunt of Srdjan. The Swiss star, who always maintains good relations off the court, couldn’t impress Srdjan enough as the latter launched repeated jibes at Federer for his conduct towards Djokovic.

Srdjan hatred towards Federer might have stirred long back. In an interview last year, Djokovic Sr. claimed that Federer attacked Novak when the latter was just 18 years old. Srdjan also mentioned that the Swiss star might be a great champion but not a great man.

While we never got to know what did Srdjan meant exactly by the word ‘attacked’, he never stopped accusing Federer. Last year, Srdjan wondered why the Swiss Maestro is even playing tennis at the age of 40.

According to him, Federer couldn’t stand Djokovic and Nadal crossing him in terms of major titles and it was difficult for the Swiss star to accept the same.

Srdjan Djokovic also gave advice to Roger as he asked him to retire from tennis and go skiing with his children. The whole Srdjan and Federer drama can be seen in two ways. One way to look at it is the fact that Srdjan strongly believes that Djokovic is deserving of more love and respect from across the globe as the likes of Federer and Nadal stop him from achieving that.

The other way to see the whole episode is to realize that Srdjan Djokovic is a father who is super proud of his son’s achievements and sometimes go out of his way to prove the same. Neither Federer nor Djokovic ever expressed any adversity towards one another at-least in the recent years.

Serena Williams Elegantly Twirling As a Professional Dancer on the Floor