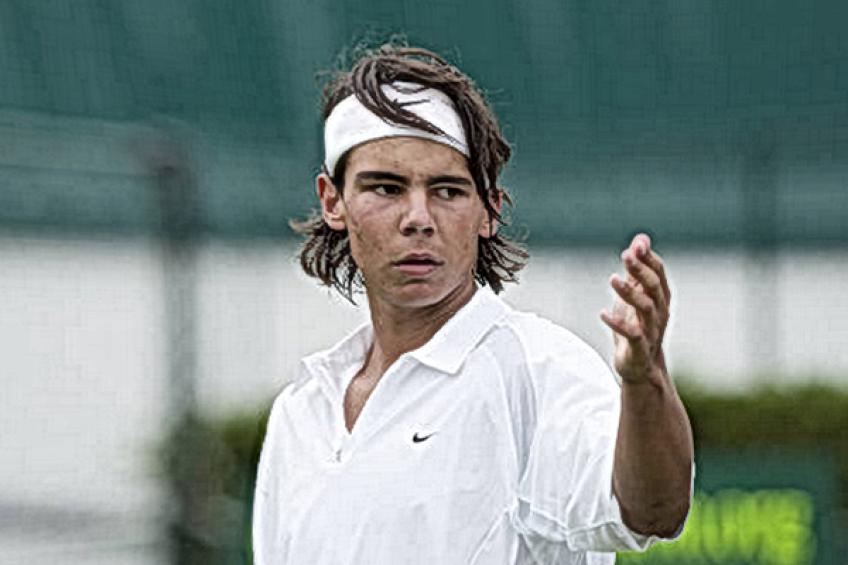 At 35, Rafael Nadal is still ranked inside the top-5, playing well since 2017 and standing on 20 Majors and 36 Masters 1000 crowns. Nadal scored his first ATP win 19 years ago, and he is still eager to improve his game and push his rivals to the limits in every tournament, winning two titles so far in 2021 and hoping for more in the rest of the season.

At the beginning of 2003, the 16-year-old Nadal was ranked a few spots outside the top-200, setting eyes on much higher positions and big goals that year.

Rafael Nadal shared thoughts about his future goals at the US Open 2003.
After the match, Nadal admitted he would love to crack the top-10 or top-5 one day, aware there are many high-quality players out there but wishing to match that level in the future.

As we all know, it came less than two years later when he became one of the world’s greatest players alongside Roger Federer, forging his legacy that still stands strong after two decades on the Tour and many stressful moments due to injuries.

“I had some good results this year, but I try not to think too far ahead. If you play and practice well, the ranking positions will come. That’s why I’m not thinking about the upcoming Majors or Masters 1000 events.

I have been working on my serve and slice backhand; I need to improve that to be more competitive. In the future, I want to reach the top-10 or top-5, but many great players are still in front of me. It will be tough for me, but I have the desire to chase that goal,” Rafael Nadal said.

Ion Tiriac: ‘If Serena Williams had a little decency, she would retire’

“Surprise Trip”: Serena Williams Goes on a Vacation With Alexis Ohanian and Olympia