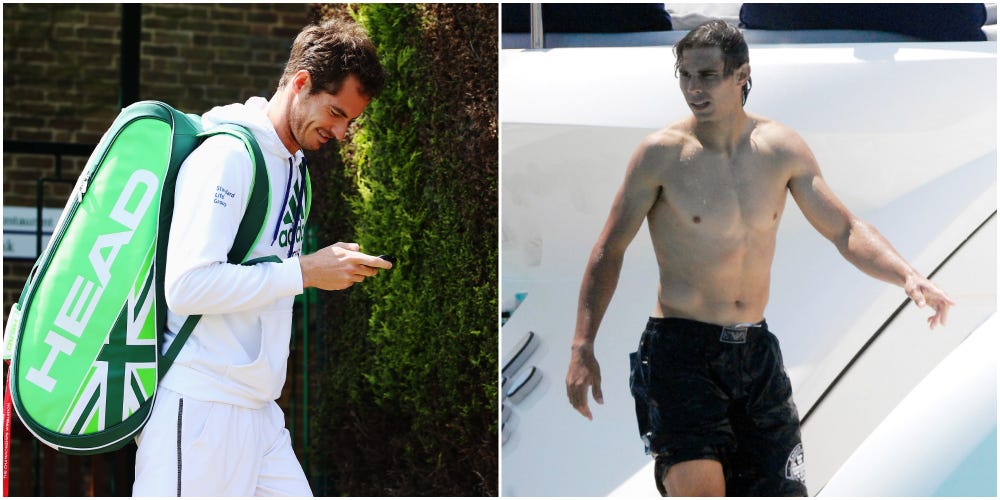 Rafael Nadal says he offered Andy Murray the use of his yacht to relax while the Scot continues his road back from injury.

Murray is competing in the Rafa Nadal Open in Mallorca, Spain, his third singles tournament of the year since undergoing major hip surgery in January.

Murray had Wednesday afternoon to relax, however, and Nadal, who eased passed the Australian John Millman in the first round of the US Open that day, says he texted his friend to see if he wanted to use his boat.

“I just texted him when I knew that he was going to play at the academy,” Nadal told reporters after beating Millman, according to Sky Sports.

Nadal, a yacht super-fan, recently bought a custom 80-foot luxury yacht that boasts a spa pool and a wet bar. Though that’s not set to be delivered until 2020, he’s known to climb aboard his other million-dollar vessels, go on vacation, and live on the sea. And now he’s offered that lifestyle to Murray.

Nadal also revealed his delight at seeing Murray back on the court, especially at his own challenger tournament in his hometown of Manacor in Mallorca.

Nadal and Murray’s close relationship goes back a long way. Murray’s mother, Judy Murray, told the Tennis Channel last year that they had been friends since they were 15 and 16.

“The two of them are great friends,” she said. “They play this thing called ‘FIFA Championship Manager’ across continents with each other.