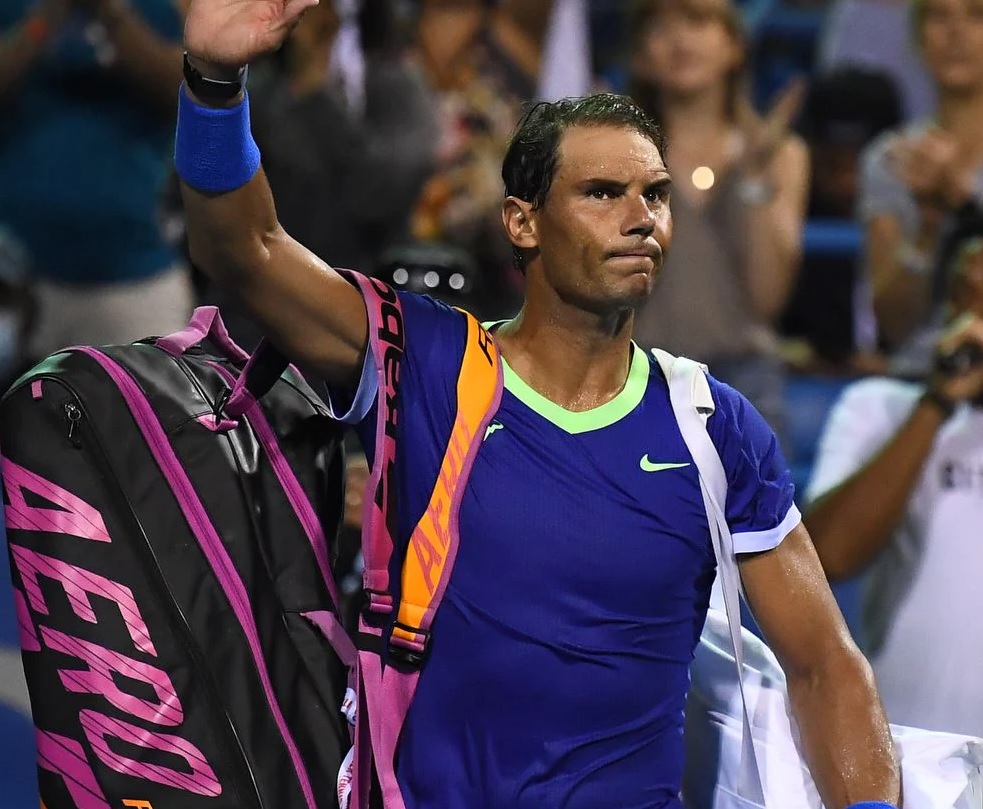 Despite the conclusion of the 2020 Tokyo Olympics, the ever exceeding tennis drama continues. From Cincinnati to Washington, stars gear up as they begin their journey to the US Open. Fans are loving every bit of the action, especially watching those who missed out on the Summer Games. Among the many, Spanish sensation, Rafael Nadal, stands out, courtesy of his comeback to the sport at the Citi Open.

The former World No. 1 made his first appearance in the Washington-based event, after spending over two months on a sabbatical. Fans packed the stands to catch a glimpse of the maestro in action. More so, battling a daunting foot injury in his second-round performance against Jack Sock won him the hearts of both fans and rivals. Naturally, now fighting for a place against Lloyd Harris in the quarter-finals, a masterclass display was expected. However, what was delivered surprised many, breaking hearts this time for more than just one reason.

Also Read: Away From The Pressure Of The Game: Rafael Nadal Vacations On His Luxuries Boat Following Wimbledon Championship 2021 Withdrawal

Fans expecting an epic comeback will have to settle for agony as Rafael Nadal bows out of the Citi Open 2019. Battling for a chance in the quarter-finals, the African giant ran a riot on the court, making life difficult for Nadal.

Although, what will hurt more is not just the exit but the repercussions of it as well. As a result of his unfortunate defeat, Nadal will now drop lower in ranking, leaving his World No. 3 spot.

Also Read: “Like My Last Match in Roland-Garros”: Rafael Nadal Trolls Himself

The loss leaves Nadal with 455 points off his bag, allowing Stefanos Tsitsipas to take over, in what will be his Career-high ranking. It is after a while that the top 3 stats are not graced by 2/3 of the ‘big 3’, Roger Federer and Rafael Nadal. As a result, Nadal will drop to the World No. 4 spot, for the first time in four years.

The Spaniard indeed lost the game, but he went down fighting. Despite missing out on a chance for the quarters, he sent relief to fans waiting in anticipation to hear from him. Majorly, as many worried about the limping foot, Nadal bought ease to all, revealing a good update.

He said, “The most positive thing is my foot was better today than yesterday, so that’s the best news possible. I played against a player that played well.”

Undoubtedly, fans will be disappointed with the outcome of the match, despite the positive news. Coming back after the break was never easyeasy; yet, Nadal put on back-to-back shows, recording emphatically promising wins. However, he failed to repeat the same against the 14th Seed of the tournament, Lloyd Harris.

The once roaring crowd was now speechless as their main man walked on thin ice. They once again wildly appreciated Nadal’s fighting spirit; However, it wasn’t enough to steer a comeback. Deservingly well, the World No. 50, Lloyd Harris, knocked out the ‘G.O.A.T’ Rafael Nadal as the scoreline read 6-4, 1-6, 6-4 to Lloyd.