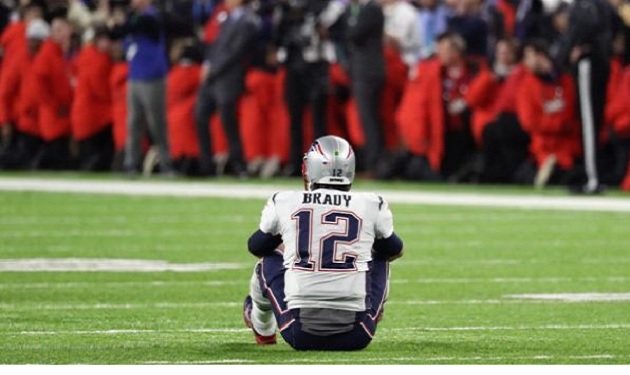 Tom Brady and his longevity are as good as they come. The 44-year-old quarterback has shown no signs of slowing down so far and is aging like a fine wine. Unfortunately, all things come to an end and so will Brady’s playing days.

Fans forever have been wondering what the quarterback would do post his NFL career, and it seems like we now have an answer.

On the latest episode of Tampa Bay produced “Tommy & Gronky”, the duo of Brady and Gronkowski played a game of “Friendship Test” where a question will be asked and both have to write the answers accordingly. If both answers match, it means the bond is strong. One of the questions asked in the game was what would Tom Brady would do post retirement. Safe to say, the answer was quite surprising.

“ Oh, official retirement! What will I do?” Brady said as Gronkowski tried thinking of an answer. “You’re overthinking it, what will I do a lot of when I retire?” Brady repeated. “I don’t feel like we are on the same page,” Brady added as both turned their boards to reveal their answers. Brady had written golf while the other had written “buy an NFL team”.

“Oh, golf!” Gronkowski said reacting to Brady’s answer. Brady meanwhile responded very excitedly to Gronkowski’s assertion that when he retires, he would buy an NFL team. “Golf and owning a team, I like the way you are thinking though. I would settle for golf, he (Gronkowski) has me owning a team.”

Tampa Bay Buccaneers QB shares how much he loved “The Match” with a meme
The Tampa Bay quarterback is amongst the most active NFL superstars on social media. Thanks to this trait of his, the fans know more in depth about the superstar. It is a well-known fact that the quarterback loves golf and likes to talk about it on his timeline.

This time, he hilariously used a meme to showcase how he managed to watch the match at home, controlling his urge to go to his office and make memes on the match. “Trying to enjoy time with the family and not escape to the office to make memes from a 12- hole golf match,” tweeted Brady with the ‘anger controlling face’ meme.