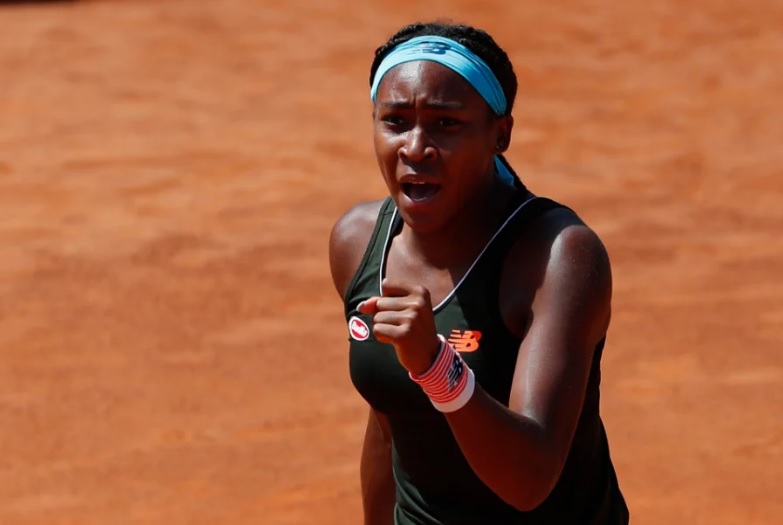 17-year-old Coco Gauff played some really amazing tennis at the French Open 2021. She reached the quarter-finals of the Grand Slam where she lost to Barbora Krejcikova, who went on to win the title. However,

Gauff gave her a pretty tough battle and fought till the end. The final scoreline of that match was 6(6)-7(8), 3-6. Coco Gauff’s clinical performances at the French Open 2021 have helped her to achieve her career-best ranking. After the Grand Slam, she is now the new World No. 23 player with 2,780 points.

Her twin title in Parma earned her a spot in the top-25 WTA players for the first time in her career. After Roland Garros 2021, she has climbed two more spots and has overtaken the likes of Angelique Kerber, Ons Jabeur, Jessica Pegula, and Madison Keys.

Gauff’s next focus will surely be to enter the top-20 WTA players soon. She is just 420 points behind the 20th ranked Kiki Bertens and can overtake her if she succeeds in the upcoming grass-court season.

Coco Gauff in the 2021 season
Gauff didn’t enjoy a great start as she got eliminated in the second round of the Australian Open 2021. She played quite well at the WTA Dubai 2021 but didn’t finish well there. As a result, she lost to Jil Teichmann in the quarter-finals of the tournament.

Even on clay, Gauff didn’t get a great start, but she managed to turn the tables. Despite a first-round exit at the Madrid Open 2021, she reached the semi-finals of the Italian Open 2021. However, Iga Swiatek thrashed her in straight sets there.

After this, she participated in the WTA Parma 2021 where she shocked everyone with her spectacular gameplay. The rising star won both the singles and doubles title there and earned a lot of appreciation from the fans.

Overall, it has been a topsy-turvy season for Gauff so far, but she has now found her form and momentum. She’ll now head to the grass-court season where fans have huge expectations from her. Will the 17-year-old be able to win her first Grand Slam title at the Wimbledon Championships 2021?

Little Girl Dressed Up as Serena Williams for ‘Superhero Day’ On Halloween.