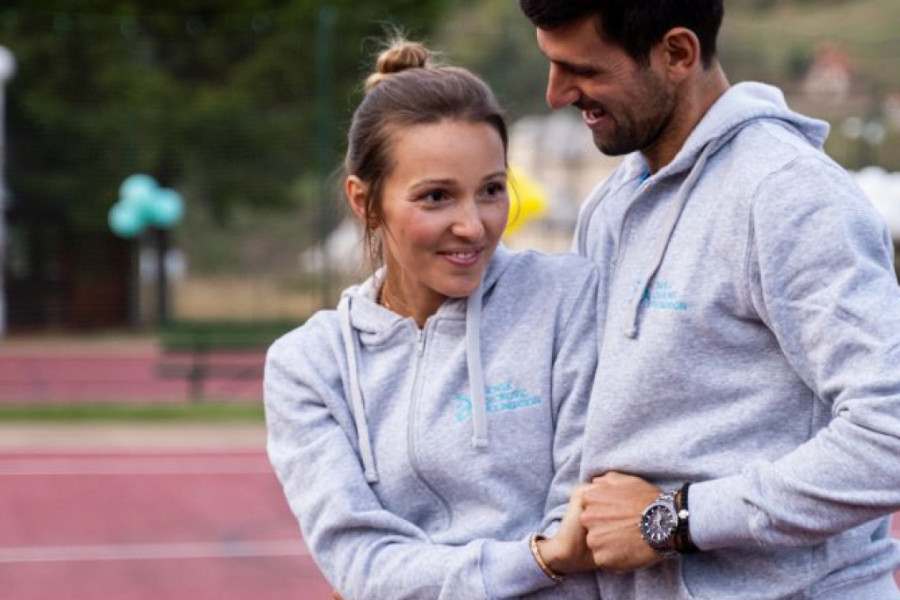 World No. 1 Novak Djokovic has been on the Tour for a considerable duration. In his journey so far, we’ve seen him go through the various stages of life. As we take a closer look into his personal space, let’s talk about his wife, Jelena Djokovic.

Over the years, Novak Djokovic has been accompanied by key members of his family. However, the one real supporter in his camp has been Jelena. She has been a part of the Djokovic camp right from the days when they were seeing each other. In 2014, the couple decided to get married.

She is from Serbia and was born in Belgrade. She has an elder sister. Currently, she heads the Novak Djokovic Foundation and is completely into her role. She has studied luxury brand management at the International University in Monaco.

Novak Djokovic’s wife Jelena is a talented individual
Jelena is also the founder of the digital marketing firm ‘Jelena Ristic Consulting.’ The 35-year-old also had a brief career as a model. She also has a flair for writing, too. Mrs. Djokovic is a caring mother of two beautiful children and she considers herself to be the biggest fan of Novak.

Coming on to tennis, Djokovic began the season in Melbourne and won his 9th Australian Open title. After that, he achieved yet another milestone in Paris, when he won the French Open for the second time in his career. During the event, he beat Rafael Nadal in the semifinal.

He entered the Wimbledon Championships high on confidence. He ended up winning the title and putting him on par with rivals Roger Federer, Rafael Nadal on 20 Grand Slam titles each. Now that his focus is on the US Open, it will be interesting to see how he performs.

Serena Williams: ´My ass is too big & heavy… It limits my speed”